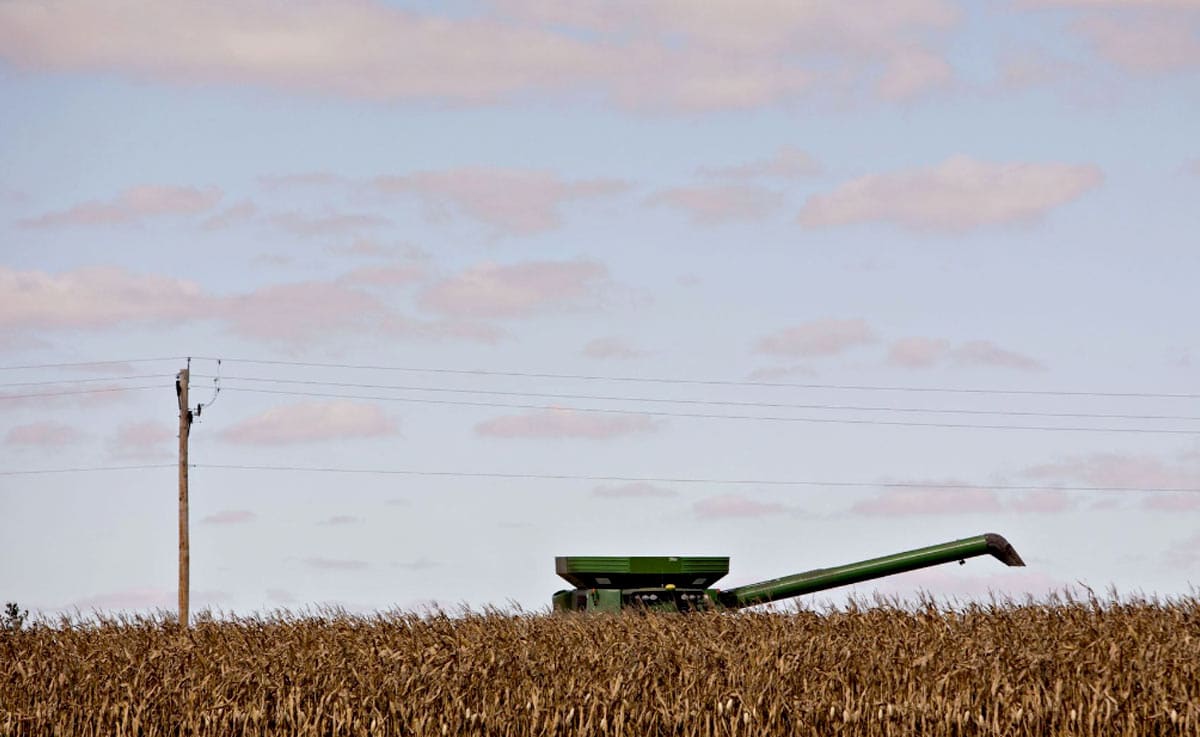 The governments of the US and Mexico are negotiating a forced march to avoid a corn war. An order by President Andrés Manuel López Obrador to ban transgenic grains has put both the country’s agricultural sectors on the defensive, which fear steep increases in production costs, and the White House, which has threatened to bring Mexico in for consultations. . , While López Obrador is open to softening the ban so as not to affect multimillion-dollar US imports, environmental organizations opposing the chemical’s use in agriculture are asking the government not to give in to Washington.

Mexico is the main importer of US corn. In 2021, it will buy 16.8 million tonnes from the US, worth $4.7 billion. The vast majority is yellow maize for animal feed and for which transgenics are used. Unlike white corn, which is intended for human consumption and where Mexico is self-sufficient, the Latin American country relies on imports to meet three quarters of its yellow grain needs. It’s a booming business, which has grown 86% in the last decade, according to U.S. Department of Agriculture data, and which may now be under threat from prohibition.

President Andrés Manuel López Obrador approved a decree in late 2020 to protect the health of the population against indigenous corn and agricultural chemicals. The measure orders the revocation of authorizations “for the use of genetically modified corn kernels in the diets of Mexican men and women” until their total replacement is achieved by January 2024. The ban, which has been lauded by environmental organisations, has sparked outrage in the agriculture sector. on both sides of the border.

At the heart of the controversy are doubts about the scope of the measure. The embargo decree mentions grain for human consumption, which explicitly excludes the type of corn imported from the US. In a meeting on Monday with US Agriculture Secretary Tom Vilsack, López Obrador assured that the ban did not affect imports. “It was said that we will no longer allow import of yellow corn for fodder. So we made it clear that yes, it is not an issue.” The President said that he would send a proposal to the US to resolve the issue.

However, the Joe Biden government is still wary of the ambiguity of the decree. At Monday’s meeting, Vilsack said “some progress has been made” in the talks and that he awaits the Mexican offer. At the same time, the secretary indicated that if no solution was found, the US would be forced to explore “all options”. This includes, he said, resorting to the mechanisms contemplated in the TMEC to resolve disputes between trading partners in the event of alleged violations of the treaty.

It’s a path the Biden administration took last July in protest against López Obrador’s nationalistic energy policy. The mechanism could lead to the establishment of an arbitration panel, which, if it rules against Mexico, has the option of imposing tariffs on its exports. One of the US complaints is that the ban does not meet the USMCA’s requirement that health regulations be based on “relevant scientific principles”. To ease tensions, Economy Secretary Raquel Buenostro is expected to address the corn issue during her trip to Washington this Thursday and Friday.

Greenpeace, one of the organizations that applauded the ban, called on the Mexican government not to give in to US pressure. In the NGO’s opinion, the measure should apply to yellow corn as well, not just white. “You have to reflect, what is and what is not ‘food’ for Mexicans. If that yellow corn is used for livestock and hyper-processed food, eventually it ends up in Mexicans’ diets. GMOs don’t fade, they only transform”, says Viridiana Lazaro, the NGO’s coordinator.

In a context already marked by high inflation, the National Council of Agriculture, the sector’s largest union in Mexico, warned of the difficulty of replacing the American yellow bean in the short term. “Transgenic corn has been used and there has been no impact. Non-transgenic production is minimal in the world”, the association’s president, Juan Cortina, told during a forum last week. Another representative of the sector said, “We will not have enough raw material to feed the animals.”

According to a study by the consulting firm World Perspectives, funded by both countries’ agricultural unions, the price of non-GM corn would increase by 48% during the year before the ban—normalizing to 19% after a decade. And Mexico would pay an additional $571 million in imports in the first year and up to $9,730 over a 10-year period. The increase in feed cost will affect the production of poultry and pig sectors with a decline of 17% and 13% respectively. The price of chicken will increase by 67%.

American farmers will also be hit hard by the ban. The study estimates a loss of $3,560 million in the first year alone and $5,560 million in the second. Along with the potential destruction of thousands of jobs, the impact has caused alarm among political representatives in the region known as the “Corn Belt” in the Midwest. In a letter to the White House, two influential Republican senators from the state of Iowa, a major producer of the grain, warned of “serious economic consequences” for the region two weeks ago and urged President Joe Biden to activate the mechanism provided for. was asked to do. TMEC.

Despite the dire statistics used by employers in the sector, Greenpeace pointed out that a ban on yellow corn imports would represent an opportunity for US farmers. “They are able to produce non-GMO corn at comparable prices. The decree could generate a corn market without transgenics”, says Lazzaro. In Mexico, he says, the government could subsidize production to meet US corn shortages, although that goal looks unlikely in the short term given the size of the gap that would leave imports.