Basketball: Campazzo debuts at Red Star Belgrade with a show of assists 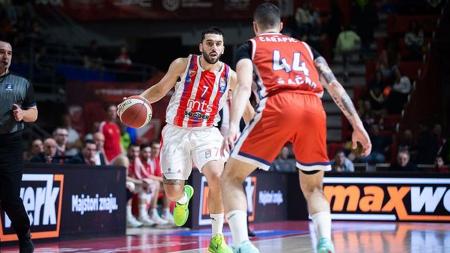 Facundo Campazo, a point guard from Córdoba, made his debut with an outstanding performance, displaying all his variety of assists and passes, which drew continuous applause from the fans of his new team, Belgrade’s Red Star, in Serbia. Defeated Borac 86–57 in Adriatic Basketball League match.

Campazo came on from the substitute bench to take on his compatriot, friend and teammate also from the Argentina national team, Luca Vildoza, a point guard from Mar del Plata.

Former Denver Nuggets and Dallas Mavericks, of the NBA, remained under 20 minutes (19m.09s) on the court, and he converted 11 points, 5 assists, 3 rebounds and 2 steals in that period.

Campazo started the game off on the right foot (or rather a good hand), as as soon as he entered he scored three points to elicit the first exclamations of approval from the crowd, something he continued with on the mark with assists and Down the board to end the quarter with an overhand pitch and followed it up with a double at the buzzer.

The number 7 on the chest of the vertically striped red and white jersey was the first image Campazo showed in his new basketball destination, showing that despite his sudden departure from the Mavericks, his mindset and game were still intact.