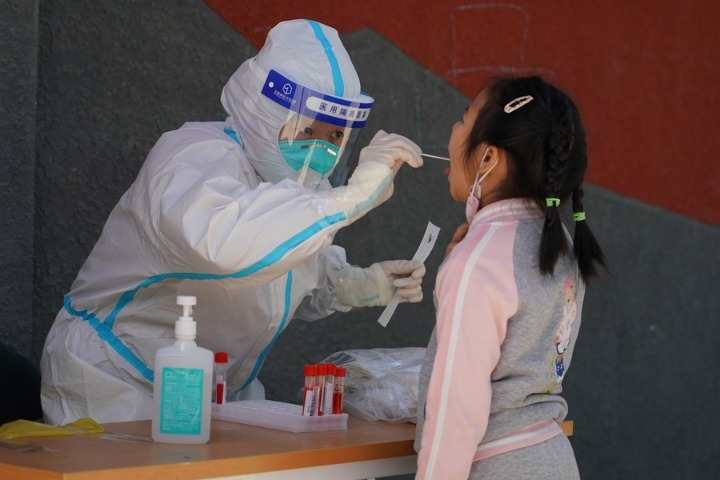 Beijing has lifted some containment measures as the city’s latest COVID-19 outbreak has been effectively contained and has seen a decline in the pandemic situation, a senior official said at a news conference on Saturday afternoon. is going.

Residents of Fangshan and Shunyi districts can go to work as normal, and companies in Chaoyang and Tongzhou districts may have more employees to go to workplaces than work from home.

Public transport, including buses and subways in Chaoyang, Shunyi and Fangshan, will be resumed except for lines in closed and controlled areas.

Shopping malls are allowed to open outside the lockdown and containment zones, while sales and promotions that may cause crowding should be kept suspended.

In districts where no COVID-19 cases were reported in the last seven days, libraries, museums, cinemas, galleries and other cultural and sports facilities can resume operations with maximum number of visitors less than half the full reception capacity. can.

Meanwhile, some containment measures will be strictly continued to avoid the risk of infection.

All restaurants must continue to suspend dine-in service and students from kindergarten to senior high schools must not return to campuses for schooling.

Beijing reported 12 new locally transmitted cases as of 3 p.m. on Saturday, bringing the total number of infections since April 22 to 1,716, according to Liu Xiaofeng, deputy director of the Beijing Center for Disease Prevention and Control, at a Saturday afternoon news conference. Went. ,

“All new infections were reported in isolated locations, and large-scale nucleic acid testing at the community level found no cases,” Liu said.

Of all the 1,716 cases reported so far, Chaoyang district recorded 423, the highest among the current outbreak, followed by Fangshan with 413. During this period Fengtai reported 370 and Haidian 245.

As of Saturday, Beijing had seven high-risk areas and 16 medium-risk areas for COVID-19.

Read Also:  Paul George scores 42, but the Clippers lose to the Trail Blazers