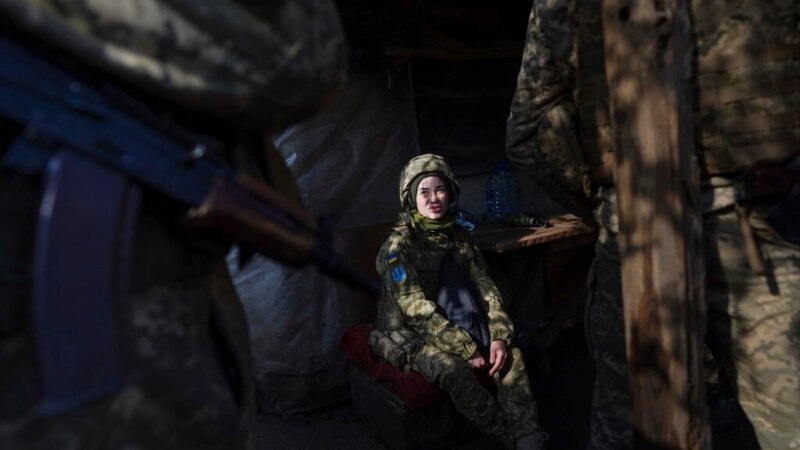 Facing criticism that its initial package of sanctions on Russia was not severe enough, the Biden administration on Wednesday both defended its actions and announced an expansion of the penalties, which are meant to deter what appears to be an imminent Russian invasion of Ukraine.

On Wednesday afternoon, in a statement released by the White House, President Joe Biden announced that he had included Nord Stream 2 AG, the company that built a controversial natural gas pipeline between Russia and Germany, as well as its senior executives, on the list of entities being sanctioned.

The move came a day after German Chancellor Olaf Scholz announced that his government would not certify the pipeline, a necessary step in making it operational. The US sanctions effectively prevent a reversal of Scholz’s decision, because it would subject any company doing business with Nord Stream 2 to US sanctions.

“These steps are another piece of our initial tranche of sanctions in response to Russia’s actions in Ukraine,” Biden said. “As I have made clear, we will not hesitate to take further steps if Russia continues to escalate.”

Also Wednesday, White House press secretary Jen Psaki said in a news conference that the measures the US and its allies have taken will result in a “vicious feedback loop” that will damage Russia’s economy by raising interest rates, encouraging investors to flee Russian assets and weakening the Russian ruble against other currencies.

Biden and his administration faced sharp criticism Tuesday, after announcing sanctions on two Russian banks and a handful of wealthy Russian citizens, and imposing restrictions on the purchase of Russia’s sovereign debt.

The measures fell far short of the devastating response that the Biden administration had spent weeks warning Russia to expect and drew criticism from both Democrats and Republicans in Congress.

In an appearance on CNN, Senate Foreign Relations Committee Chairman Robert Menendez, a Democrat, said, “I think you should use the overwhelming amount of (sanctions) now. You may reserve something like what I call the ‘mother of all sanctions,’ unplugging Russia from the SWIFT financial system. But at the end of the day, when is it that we’re going to be clear to Putin that there are severe consequences for what he’s doing?”

Marsha Blackburn, a Republican senator from Tennessee, said in a statement, “Joe Biden has refused to take meaningful action, and his weakness has emboldened Moscow.”

Expert sees merit in both approaches

There are reasonable arguments for both the incremental approach to sanctions and a “shock and awe” approach that puts them all in place at the same time, said Daniel Ahn, a global fellow at the Wilson Center in Washington and a former chief economist for the US Department of State.

On the incrementalist side, he said, the argument is that, “You may want to keep some ammunition in reserve in case of different contingencies, and also to achieve as much political consensus as possible, both domestically and internationally.”

On the side of full implementation, he said, the argument is that incrementalism weakens the signaling effect of sanctions and “gives time for adjustments to be made” by Russia.

However, Ahn said, the difference between the ultimate effects of each approach may not be as great as advocates think.

“As long as there is a sense of uncertainty, or market expectation that there could be future sanctions coming online, that already has a bit of a chilling effect on existing economic and financial activity,” he said. “The risk or uncertainty that sanctions could impose could deter a lot of private sector behavior, which is where the bite of sanctions come from. So, I think from an actual impact perspective, there’s less daylight between the two (approaches) than people think.”

After announcing what it described as the “first tranche” of sanctions Tuesday, the White House said that more would be coming.

The administration’s response may have been affected by the limited nature of the actions. Putin took on Monday. US officials have, for weeks, been warning that a massive invasion of Ukraine was imminent, pointing to the more than 150,000 Russian troops positioned on its borders.

Putin on Monday announced that Russia had recognized the independence of Donetsk and Luhansk, two Ukrainian provinces that are partially controlled by Russian-backed separatists. He also said that he would send troops, which he characterized as “peacekeepers,” into the two provinces, although on Wednesday it remained unclear whether Russian soldiers had crossed the border.

US consulting with allies

The sanctions announced by the United States are in addition to similar sanctions being levied by the European Union, United Kingdom, and other US allies. In the UK, in particular, there have been calls to sanction wealthy Russian oligarchs, many of whom own property in London.

In a statement Wednesday, US State Department spokesperson Ned Price said that Deputy Secretary of State Wendy Sherman spoke with representatives of France, Germany, Italy and the UK

“The deputy secretary and her counterparts underscored that Russia’s flagrant disregard for international law demands a severe response from the international community and agreed to coordinate closely on next steps, including massive additional economic sanctions, should Russia continue to escalate its aggression against Ukraine,” Price said. “They highlighted their continuing commitment to diplomacy, while reiterating that progress can only be made in an environment of de-escalation.”