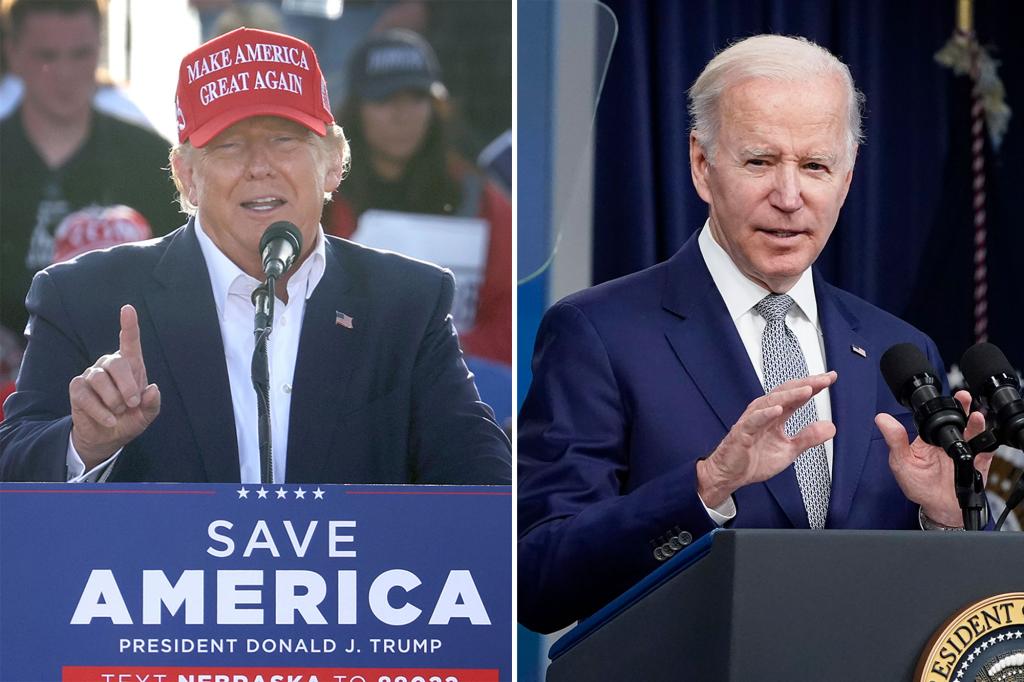 President Biden nicknamed his predecessor Donald Trump the “great MAGA king” Wednesday before claiming that “the MAGA crowd” downplayed massive food lines during the start of the COVID-19 pandemic.

Biden took an increasingly aggressive tone attacking Trump as he sought to reframe the November midterm elections, which Republicans are favored to win in part due to soaring inflation they blame on Biden’s policies and government spending.

“My Republican colleagues said these programs to help the working class and middle class people, that’s actually — that’s why we have inflation. They’re dead wrong. Under my predecessor, the great MAGA king, the deficit increased every single year he was president,” Biden said in a speech to Chicago electrical union members.

At one point, Biden abruptly increased his volume to a near-shout and claimed that Trump adherents were indifferent to economic suffering in 2020 — despite the fact that Trump unilaterally extended some relief programs via executive order with Congress gridlocked after initial aid passed with overwhelming Republican support.

Biden made the remark while arguing his $1.9 trillion American Rescue Plan Act saved the US economy and did not spur inflation, for which he instead blames the pandemic and Russia’s invasion of Ukraine.

The president’s attack on his predecessor, who is teasing a possible 2024 rematch, came despite Trump and his most loyal allies being more eager to offer economic relief than some less “MAGA”-affiliated Republicans.

A study released in late March by researchers at the Federal Reserve Bank of San Francisco said that in the final quarter of 2021, about 3 percentage points of inflation — or nearly half of it — may have been caused by government pandemic spending.