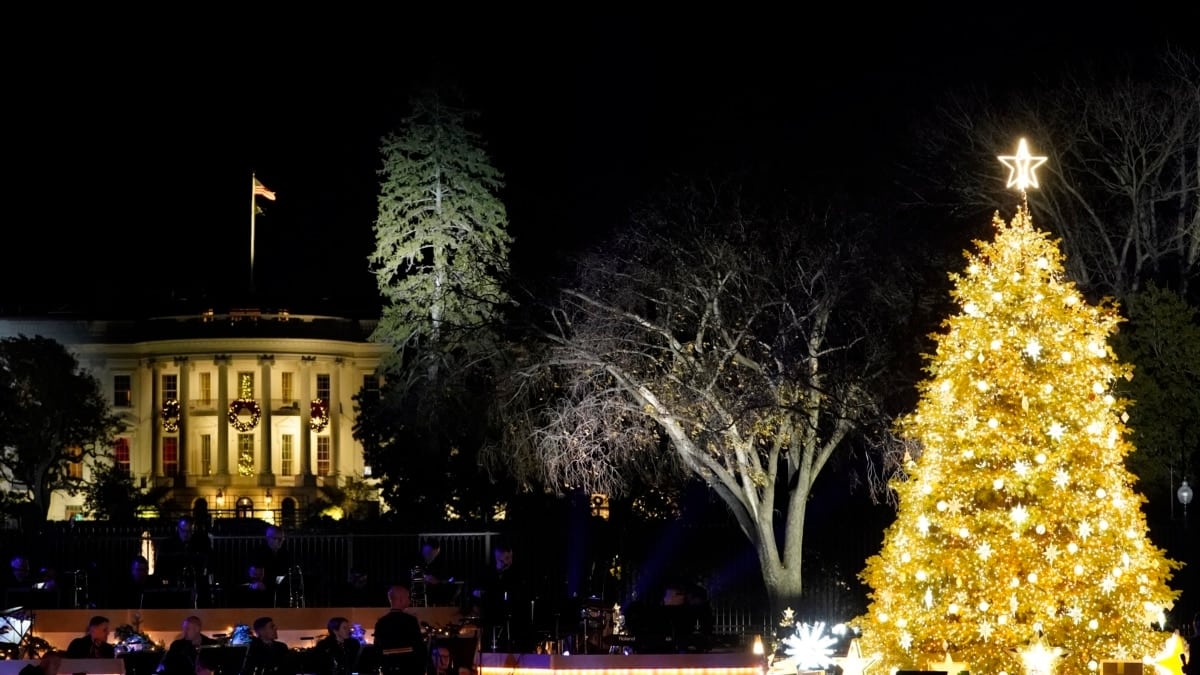 “five four three two one!” The giant National Christmas Tree lit up in spectacular colors on Wednesday after President Joe Biden celebrated a century-old American tradition by leading the lighting ceremony near the White House.

The president, joined by First Lady Jill Biden and emcee LL Cool J, led a celebratory crowd that endured rain and freezing cold to begin the countdown before the tree was lit.

Biden gave a short speech on unity and national promise and, as Jill Biden blew a kiss, concluded: “On behalf of the Biden family to all of you: Merry Christmas, America!”

The tradition dates back to 1923, when then-President Calvin Coolidge walked from the White House to Ellipse Park to light 2,500 red, white and green bulbs on a 48-foot (14.6 m) pine tree, accompanied by music by a United States Marine. band quartet and a local choir. With few exceptions during times of war or national tragedies, the lighting ceremony has been held year after year in Washington to attract crowds.

Vice President Kamala Harris and her husband Doug Emhoff joined the Bidens to watch some of the evening’s musical acts.

In 2020, due to health concerns related to the COVID-19 pandemic, the lighting ceremony did not have a live audience. After President John F Kennedy’s seat On November 22, 1963, President Lyndon B. Johnson postponed the ceremony until a few days before Christmas due to the 30-day national mourning period. Also, the tradition was put on hold between 1941 and 1945 due to World War II.