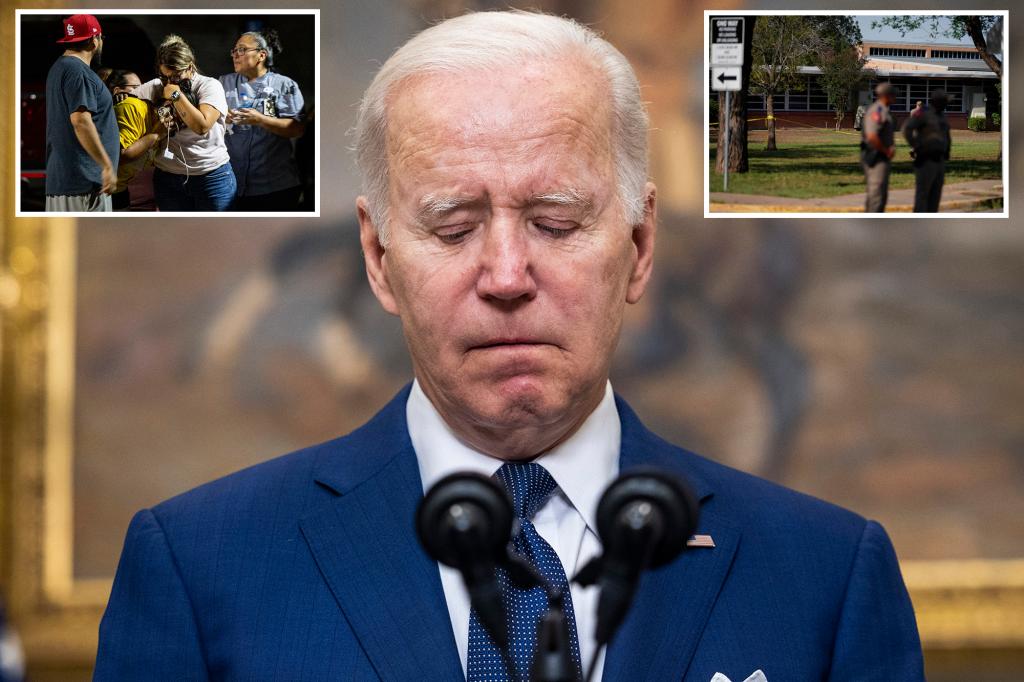 The White House is reportedly in the early stages of coordinating for President Biden to visit Texas following the mass school shooting that took place in Uvalde on Tuesday claiming the lives of at least 19 children and two adults.

Sources familiar with the planning confirmed the news to Nation World News on Wednesday, revealing that the details of a potential trip are being finalized.

The White House has not publicly confirmed or commented on the plans.

Salvador Ramos, 18, opened fire at Robb Elementary School Tuesday morning, killing at least 21 people before he was shot and killed by law enforcement.

Ramos was reportedly armed with two assault rifles he legally purchased on his 18th birthday.

The tragic mass shooting marks one of the deadliest school slaughters in US history – close behind the 2012 Sandy Hook shooting that left 26 dead.

While celebrities, politicians, professional athletes, activists and Americans across the country express their sorrow and pain over the shooting, Democrats have called on their Republican colleagues to join together and pass legislation aimed at curbing gun violence.

“Thoughts and prayers are not enough,” Senate Majority Leader Chuck Schumer said on the Senate floor Wednesday, calling it “unacceptable” that there are not 10 Republican Senators willing to vote with Democrats on such legislation.

Gun-reform bills face a tough climb in Congress as Democrats need 60 votes to pass such a bill in the evenly split Senate.

Biden blasted the “gun lobby” Tuesday night over the shooting, pointing to the need for “common sense gun laws.”

“Why are we willing to live with this carnage? Why do we keep letting this happen? Where in God’s name is our backbone — to have the courage to deal with it and stand up the lobbies? It’s time to turn this pain into action. For every parent, for every citizen of this country, we have to make it clear to every elected official in this country, it’s time to act,” Biden said.

“It’s time for those who obstruct or delay or block the common-sense gun laws we need to let you know that we will not forget. We can do so much more. We have to do more,” he continued.

Biden has ordered flags to wave at half-staff over federal buildings until Saturday in light of the tragedy.