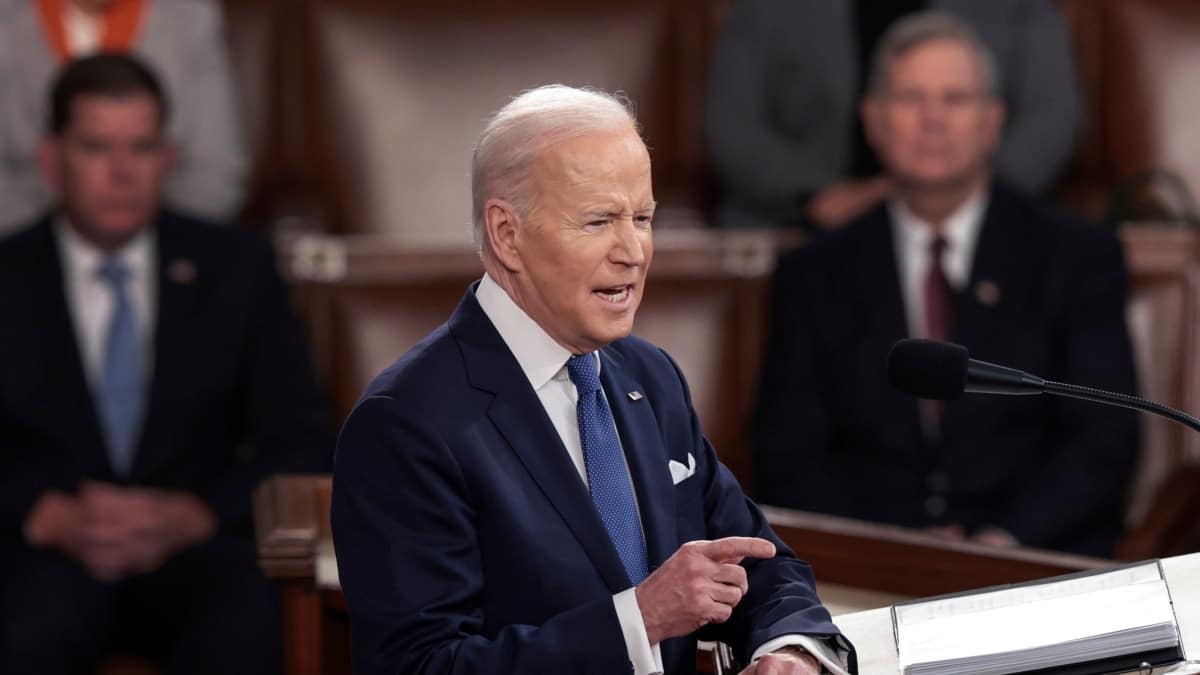 The President of the United States, Joe Biden, will have to navigate the next two years of his term in office amid a divided Congress that will predictably make it difficult to pass Democratic legislative measures.

Experts say the re-election of Democrat Raphael Warnock in Georgia secured the party’s control of the Senate, though it will not be enough to significantly advance Biden’s agenda.

“Republicans are going to do everything they can to block any legislative accomplishment for the remaining two years of Biden’s presidency because they do not want to give him a successful record to run in 2024. Simply getting the federal budget through Congress over the next two years will be difficult for Biden given the Republican majority in the House of Representatives,” he said. voice of america Wesley LeCron, Professor in the Department of Political Science at Widener University in Pennsylvania.

Ahead of the new Congress, Biden will remain focused on a public policy agenda that includes reducing costs and expanding access to health insurance and housing, banning assault weapons and ensuring reproductive rights, among others, as this Mentioned Wednesday by Karine Jean-Pierre, White House press secretary.

“It gives us more room to breathe. The president’s goal will be to rebuild the economy from the bottom up,” Jean-Pierre said, adding that Biden wants to provide space for a bipartisan agenda.

Senate Majority Leader Chuck Schumer said Wednesday that Warnock’s victory solidifies the party’s agenda. This is the first time since 1934 that all Democrats defending their office have won their seats again as the party in power.

“We won’t get everything we want, [los republicanos] Neither, but it is in the best interest of all of us to work together and I am going to pursue that with the same energy that we do to win this election. in the next Congress. We have to sit down, talk to our members and decide which direction we want to go.

Among the accomplishments Biden could accomplish with a Democratic majority in the Senate is the appointment of federal judges, an action Schumer said would now be “very easy.”

Jean-Pierre said, “We have been very clear that judicial nominations are a priority for this presidency, to make sure we keep a historic number of Black women on the courts.”

“With Republicans in control of the House of Representatives, Biden’s agenda will for the most part not be enacted. However, Democratic control of the Senate would facilitate the confirmation of judicial appointees and possibly continue the investigation of the January 6 insurrection.” visa on arrival Richard Bensel, Professor of Governance at Cornell University in New York.

A broader nomination of judges could be achieved because of new vacancies coming from the retirement of Republican judges appointed by President George Bush.

Having a majority also means that committee chairs will have more flexibility in voting on legislation. With a 51-49 instead of a 50-50 split, Democrats would be in charge of Senate committees. “It gives them the power to vote on important legislation, even if it doesn’t pass in full session,” Lecron said.

“Republicans will not help President Biden establish a strong legislative record. His goal will be to show that Democrats cannot govern. This is about the Congress 2024 elections. The presidential election and the large number of Senate Democratic seats to grab popular legislation will give more importance to proposing and making a case against filing Republicans,” he explained. visa on arrival Steven Smith is Professor of Political Science at Washington University in St. Louis, Missouri.

in a message after his election victoryWarnock said: “After a difficult and contested campaign, or should I say campaign, it is my honor to say the most powerful words in a democracy: The people have spoken.”

The senator assured that his plans for the next Congress would include lowering prescription drug costs, creating more jobs in Georgia, and addressing criminal justice reform. “I am ready to continue this work,” he said.

During his concession speech, Republican candidate Herschel Walker called on his supporters to “have faith in the US Constitution” and to continue holding state legislative officers regardless of the consequences. “I’m not going to make excuses because we’ve put up a very good fight,” he said.