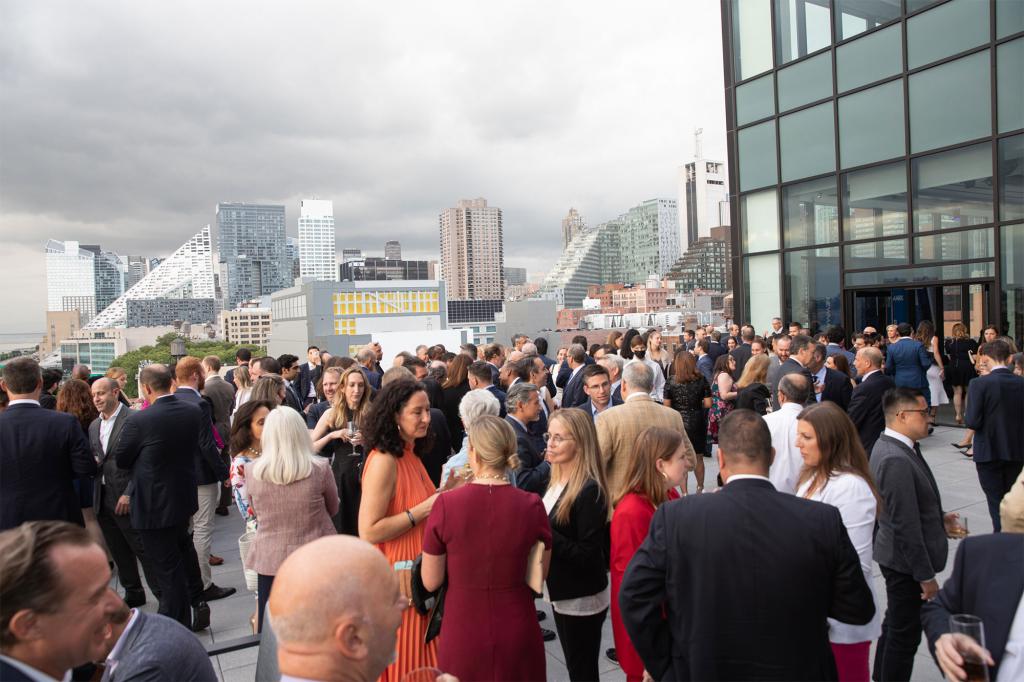 The gathering, titled “New York Forever: A Celebration of Our City,” was REBNY’s first such gathering since 2019. The event honored Tom Elghanian of TF Cornerstone, Hal Feitner of Fetner Properties, Darcy Stacom of CBRE, Jeff Levine of Douglaston Development and David Pickett of Gotham Organization. , among others.

Attendees shaking and munching $1,400 tickets on small plates served by chefs such as Daniel Boulud, Michael Lomonaco and JJ Johnson. Edibles and a less-as-you-rise dress code were a far cry from the stuffy mid-winter black-tie affairs at the New York Hilton.

So was the setting on the sixth floor of the Glasshouse, which has large windows and an open outdoor deck—when a brief rain spritz popped up guests had to flee.

Boulud, who oversees menu offerings including citrus-marinated shrimp and sweet corn velote from his Le Pavillon, mingled with happy guests in his chef’s whites.

It wasn’t all about the food and the fun. My colleague Lois Weiss reports that Gov. Kathy Hochul met privately with REBNY officials to discuss converting old office buildings into housing and repealing the 421a tax exemption program.

MTA President Jano Lieber talks about his agency’s role in facilitating the construction of JPMorgan Chase’s 270 Park Avenue and Boston Properties’ 347 Madison Avenue, where supporting pillars need to be placed around the running track below .

Eric Adams’ chief adviser Ingrid Lewis-Martin came in Mayer’s place as Adams had to deal with the case of a police officer who had been shot earlier that day.

While the event was filled with laughter and optimism, some guests complained that the laid-back format made it difficult to enjoy the cuisine. “There was no place to put utensils except a few small table stands,” said one. “I need a place to sit for a $1,400 ticket.”