Bilateral meeting: they sign a memorandum in favor of indigenous peoples 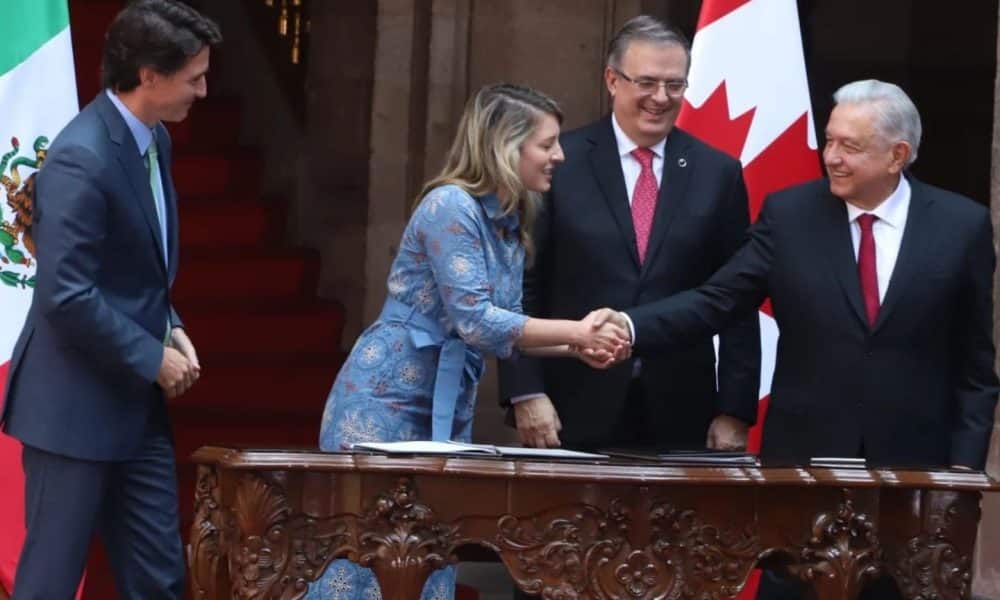 MEXICO CITY.- The Governments of Mexico and Canada signed a Memorandum of Understanding between the National Institute of Indigenous Peoples (INPI) and the Crown-Indigenous Relations and Northern Affairs Canada (Cirnac) for the benefit of the indigenous peoples of both countries.

In the Courtyard de Honor of the National Palace, President Andrés Manuel López Obrador and the Prime Minister of Canada, Justin Trudeau, were honorary witnesses to the signing of the memorandum by Foreign Minister Marcelo Ebrard and Canada’s Minister of Foreign Affairs Melanie. Jolie.

Earlier, in the bilateral meeting, López Obrador informed that with the Prime Minister of Canada he also discussed the need to promote recognition of indigenous communities and indigenous peoples.

“We are talking about recognition of indigenous communities, indigenous peoples, today an agreement of these characteristics is going to be signed and we have strengthened our relationship even further. We are neighbors, friends and we are working together and you will always be welcome and welcome in Mexico.”

At the end of the ceremony, Canadian Prime Minister Justin Trudeau left the National Palace with President López Obrador.

President López Obrador shook Trudeau’s hand and said, “Have a safe trip, thank you very much for everything.”

Thus concluded the Mexico-Canada bilateral meeting within the framework of the X Summit of North American Leaders held at the National Palace in Mexico City.