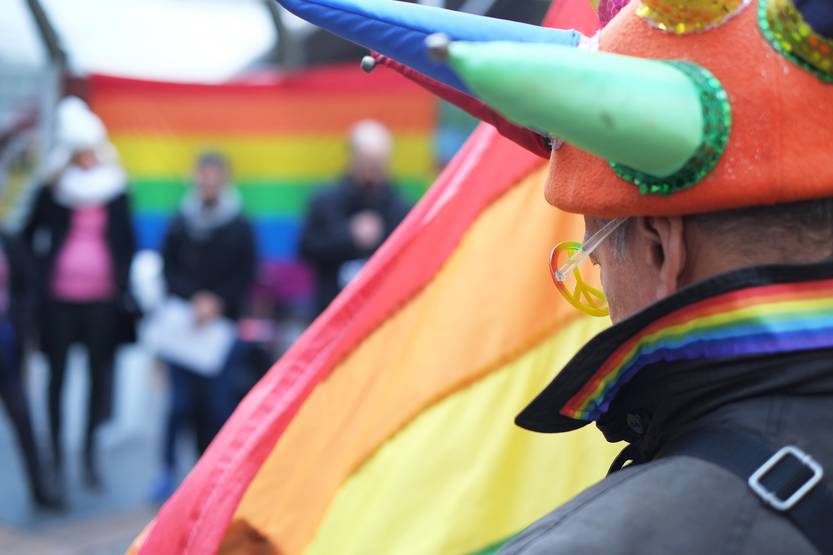 Three Republican senators from Texas, United States, have introduced a bill that equates gender-affirming health care to female genital mutilation in an effort to criminalize medical services for trans and gender diverse youth.

Bill amends the Texas Health and Safety Code, changing the existing offense of “female genital mutilation” to “genital mutilation” by deleting the word “female” and the language defining the practice against persons under the age of 18. Is.

Senators Bob Hall, Donna Campbell and Charles Perry replaced that definition with a detailed description of gender-affirming surgical procedures, confusing sex reassignment treatment with female genital mutilation. The bill punishes these practices with up to two years in prison and a maximum fine of $10,000.

The only exceptions are male circumcision, surgery for intersex people and those “necessary for the physical health of the individual” rather than for “therapeutic purposes”, the term currently applied and which also includes mental health.

Medical sources pointed out that the bill ignores the fact that gender-affirming surgical procedures for people under the age of 18 are “extremely rare” and are prescribed only under rigorous screening and consent. OpenDemocracy,

The initiative reflects “hysteria,” said Kellan Baker, director of the Whitman-Walker LGBTI health clinic in Washington, DC. “The dictionary he uses has nothing to do with the reality of the medical needs of transgender youth. This is a dangerous bill that will harm them.”

Three senators cobbled together another bill that bars health workers, clinics, hospitals and insurers from providing gender-affirmation surgery and other treatments such as hormone blockers. Hall and Campbell drafted a resolution for the Texas legislature to declare their support for ending specific treatment for trans and gender diverse people, which they call “abominable genital mutilation”.

“It is a gross injustice that legislators and politicians are trying to retrain to practice medicine in Texas,” he said OpenDemocracy Marcy Bowers is president of the World Professional Association for Transgender Health (WPATH).

Bowers, who is a gynecologist and surgeon, said: “Female genital mutilation/mutilation is a harmful and medically unnecessary injury inflicted on girls without their consent; The World Health Organization (WHO) encourages health professionals not to do so”.

Whitman-Walker’s Baker said, the Texas bill “attempts to insert politics right where it shouldn’t be”. It also deprives patients of the bodily autonomy they want laws against female genital cutting or mutilation to restore, she said.

If passed, the bill would not only end gender-affirmation surgery; It would also criminalize health care providers and parents who seek care for trans teens in other states because of a provision on travel for medical treatment.

The senators who drafted the project did not respond to a request for an interview. OpenDemocracy,

What is female genital mutilation?

WHO defines female genital mutilation as “the total or partial excision of the female genital organs or any other injury to them for non-medical reasons”. warned that it would not benefit girls and women; On the contrary, it entails a range of serious and negative consequences for physical and mental health.

According to estimates by the World Health Organization, more than 200 million women and girls worldwide have experienced female genital mutilation. There are documented cases in at least 92 countries, including the United States, according to the US & FGM/C Network, a forum of survivors, civil society groups, activists, researchers and health workers.

According to the US Centers for Disease Control and Prevention (CDC), half a million women and girls in the United States are at risk of female genital mutilation, but US&FGM/C believes these numbers show that the problem is “hugely underreported.” Ten states and the District of Columbia still lack laws prohibiting the practice.

“We are disappointed to see the current law [de Texas]whose aim is to protect girls, they are being abducted to discriminate against vulnerable youth,” he pointed out. OpenDemocracy US & FGM/C Director Caitlin LeMay. The federal Stop FGM law of 2020 defines female genital mutilation, “and we hope state laws are consistent with the federal definition,” he said.

The attempt to confuse health care that respects sexual diversity with female genital mutilation appears as the latest twist in a conservative strategy against trans people, which has been criticized across the United States for rights to identity, health, education, and sports. Deployed with restrictions. State legislators have introduced more than 300 bills to that end in the past two years.

Last year, at the direction of Republican Gov. Greg Abbott, the Texas Department of Family and Protective Services ruled that “genital mutilation of a child through reassignment surgery is child abuse.” Subsequently, the abbot ordered an investigation against families and health providers for trans children, although this effort was temporarily halted in court.

“Similar efforts have been made in other states to legislately link FGM to sex-affirming medication, although none have been successful,” said LeMay of US&FGM/C.

A more extreme version introduced in Idaho in February proposed amending the law, which prohibits female genital mutilation, to penalize not only gender-affirmation surgery, but also hormone blockers and treatments. Health workers providing these services will face life imprisonment. Ultimately, the Republican majority in the state senate decided not to pursue the bill.

In 2020, a bill to ban FGM in Wyoming, which received bipartisan support, put LGBTI groups on alert because it contained a clause stating that sex reassignment surgery would not be considered FGM if a person under the age of 18 People over the age of 60 must have given their consent, which suggested that it could be considered for minors. Finally the exception is removed.

Those attacking trans health care argue that the medical profession and families are allowing little boys and girls to undergo irreversible treatment. But Baker, of the Whitman-Walker Clinic, reiterated that surgeries like mastectomies and vaginoplasty are “extremely rare” in the United States, and are performed only after extensive review by several medical professionals.

The guidelines instruct medical staff to work with patients to ensure they are mature enough to consent to any proposed treatment. WPATH suggests that, depending on a number of medical, personal and family factors, surgery may be performed at or before age 18, but after “at least 12 months of gender-affirming hormone therapy.”

This article was originally published on OpenDemocracy,