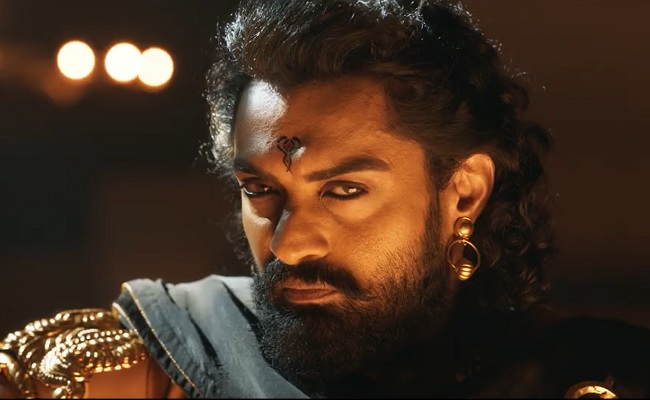 Nandamuri Kalyan Ram is now all set to thrill the movie buffs with the upcoming movie Bimbisaar.

Bimbisara was a 5th century king of Magadha of the Haryanka dynasty. The upcoming drama is funded by K Hari Krishna on NTR Arts banner and helmed by Mallidi Vashistha.

Kalyan Ram is leaving no stone unturned to make this film a big hit.

With the teaser of the film already released in September last year, it received a positive response from the audience and left them wanting more.

Now to take those expectations to a new level, the makers unveiled a grand trailer on the eve of Kalyan Ram’s birthday (July 5).

Going by the trailer, the makers have come out with a spectacular trailer with all the action, impressive dialogues and the ruthless king Bimbisaar glory.

Kalyan Ram as Bimbisara impresses with his colloquialisms and dialogues and the way the trailer was cut was to raise the curiosity on the film without any significant details.

The gorgeous background music and spectacular visuals will make everyone more attracted to the film. Katherine Tresa and Samyuktha Menon are on board to play the female lead.

The film has music by Chirantan Bhatt and background music by veteran composer MM Keeravani.

Editing is handled by Tammi Raju and cinematography is done by Chhota K Naidu. This social-fantasy action entertainer is all set to hit the screens on August 5.

Senate Hearings For High Court Nominee To Begin On March 21

Robberies with theft and robbery challenge police and retailers