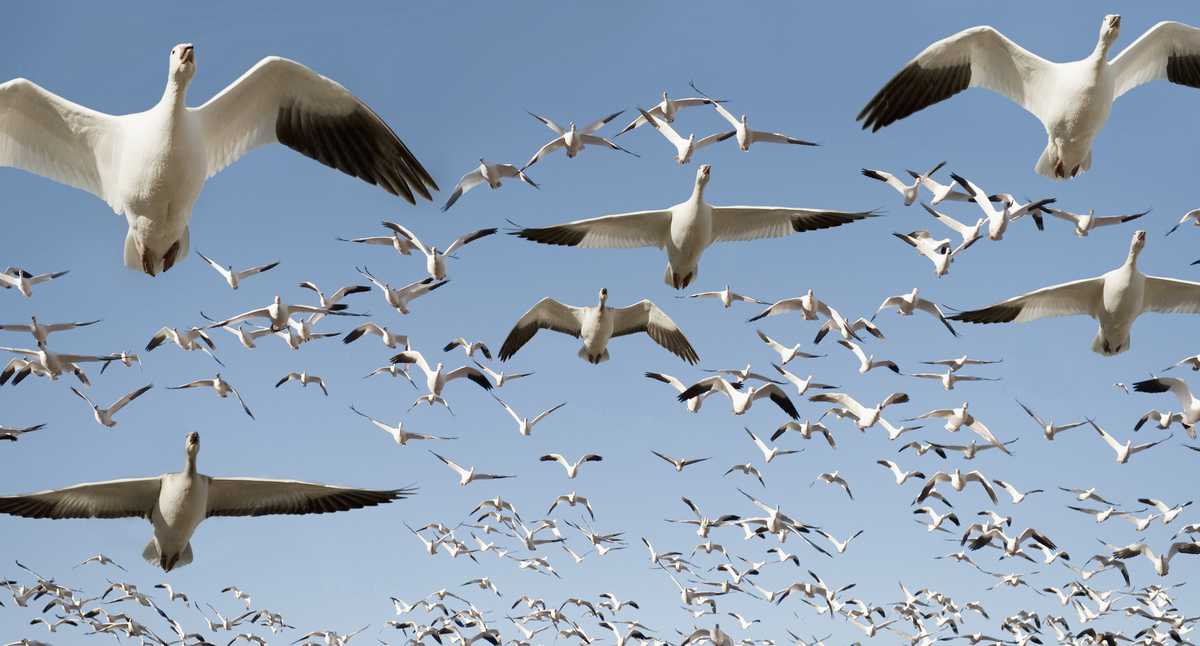 As seen in some Latin American countries, warnings from the Pan American Health Organization (PAHO) issue alerts and try to stop the spread of avian influenza, which has already killed thousands of animals.

Nothing else Peru has killed more than 22,000 marine and coastal birds, mostly pelicans, since an outbreak of avian flu that emerged in countries in the Americas and Europe this Monday. As informed by the local authorities.

The latest report from the National Forestry and Wildlife Service lists 16,890 pelicans, 4,324 sea boobies, 630 caimans and 168 guanas among other species living in coastal areas and natural areas.

The first cases of avian influenza type H5N1 appeared two weeks ago and the government was forced to issue a health alert for 180 days. Since then, this population of animals has had a high mortality rate. In the last week alone, more than 5,000 birds died along the coast and on the country’s beaches.

disease “It’s like Covid for birds, affecting some more than others” The Forest Service’s head of sustainable management, Doris Rodriguez, told the AFP agency, drawing a fairly clear analogy to the populations as the disease epidemic continues to leave deaths worldwide.

A week ago, more than 37,000 poultry were culled on farms in the country in an effort to contain the outbreak and protect as many birds as possible.

However, given the approach of darkness due to the outbreak of bird flu, the government requested that cockfighting and poultry fairs be banned for the Christmas and New Year holidays.

In early November, the Colombian Institute of Agriculture (ICA) announced that it was declaring a sanitary emergency due to the prevalence of avian influenza type A (H5N1).

It was learned that a total of 17 municipalities in Colombia are under quarantine because they have recorded cases of sick birds. According to ICA data cited by PAHO, 22 centers of avian influenza have been identified between October 19 and November 30, 2022.

countries like Ecuador and Peru also decided to declare a sanitary emergency, as they also identified multiple sources of infection. Whereas, Venezuela Five coastal states in the north and northeast of the country facing the Caribbean Sea declared a 90-day health alert on Friday.

Gabriela Jimenez, Venezuela’s Minister of Science and Technology, reported the “detection of AH5N1 avian influenza virus in pelicans” in the state of Anzotegui in the city of Puerto Piritus, in the northeast of the country.

This is the “first report of influenza type A, subtype H5, triggering a state of alert” covering the states of Anzotegui, Miranda, Nueva Esparta, La Guerra and Sucre, where a period of “quarantine” and epidemiological surveillance will be in force. did. ,

Birds that test positive or have epidemiological risk links would also be slaughtered and “gallant events, fairs and exhibitions with the presence of birds and pigs” were banned.

What is the reason for the outbreak?

“I don’t really know the origins of the outbreaks. It’s a serious thing, we don’t know how far it will go,” ornithologist Enrique Ortiz of the Andes Amazon Fund, an NGO based in Washington, United States, told AFP. Told.

According to Ortiz, among birds that migrate from the Northern Hemisphere are Franklin’s gulls, sandpipers, plovers, and coastal species that come from Alaska or the central United States.

But Miguel Quevedo, Peru’s head of Senasa, the national agricultural health service, told AFP that “we know it is a species traveling close to the coast and therefore we suspect it is a Franklin’s gull”. Which usually does.