Bitcoin & Co.: Despite the Crash: Confidence in Cryptocurrencies Remains in the United States 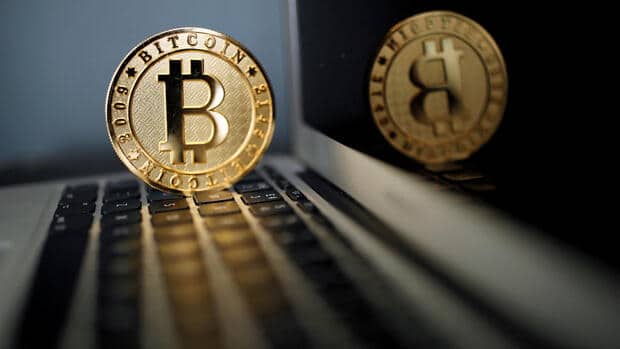 New York Bitcoin will soon become worthless: it was recently announced by the Chinese state newspaper “Economic Daily”. According to the verdict, if investor confidence is low in the future or sovereign countries have declared the digital currency illegal, it will return to its original value. And that’s zero dollars.

This statement is not surprising at first, as the Chinese government has always strictly regulated cryptocurrencies. Last year the central bank declared all transactions involving bitcoin illegal.

In mid-May, the crash of crypto project Terra wiped out an estimated $50 billion. And now more and more crypto platforms are freezing customer funds. Along with Celsius, the first platform also filed for bankruptcy on Thursday night, while crypto exchanges are starting to lay off hundreds of employees.

Despite these developments, hardly anyone in the United States wants to know anything about the demise of cryptocurrencies – quite the contrary. Dave Grimaldi of the Blockchain Association responsible for exchanges with government agencies said cryptocurrencies are the future of finance. Cryptocurrency is quite a challenge, however, everyone accepts that digital currencies are here to stay, he assured.

Cryptocurrencies are already widespread among the US population: According to a study by the Opinion Research Institute PEW from last November, 16 percent of Americans have invested in or traded these currencies.

The entrepreneurial side is still behind crypto – at least behind some currencies. “Bitcoin has volatility,” said Ahon Sarkar, manager of banking-as-a-service provider Helix, by Q2. Like any other asset class, investors need to invest for the long term and be prepared to face downsides rather than anticipating market volatility.

Read Also:  Michelle Bachmann says Sarah Palin should be 'praised' for dining out with COVID

Julapa Jagtiani, an advisor at the Federal Reserve Bank in Philadelphia, had already emphasized the advantages of cryptocurrencies in late May: Not all of them lost 90 percent of their value in a Terra-like crash, she said. Some of them must have turned out very well.

Brian Korn, a lawyer at Manat, the US law firm responsible for fintech and blockchain, also says: “Digital assets, especially bitcoin, are not only becoming mainstream in the sense that people are buying bitcoin.” In the future, many may use digital currency to actually use it like a classic financial service, for example to pay their own salaries.

Given the extreme volatility in the market and the huge volatility in prices, it is hard to imagine at present. Due to the high losses, a lot of trust in crypto may have been lost.

Instead, the enterprising government sees a necessary market shakeout in the cryptocurrency crash: while cryptocurrencies that were based on hype and provided no direct benefit are disappearing from the market – such as Terra and Luna – bitcoin, for example. For this, it will play an important role. Future. It has become ubiquitous and has found clear use cases, explains Sarkar.

Crypto Market: The Call for Regulation

Despite the positive mood in the Big Apple, the crypto recession has again sparked discussions about the security of digital currencies and the associated risks to the classic financial system. Ashley Harris, an advocate for blockchain start-up Figure Technologies, predicted in late May that there would still be turbulent times from a regulatory standpoint.

In mid-March, the US government under President Joe Biden published a decree that US authorities should investigate the risks and potential opportunities of cryptocurrencies and the blockchain technology behind them. “The United States must maintain technological leadership in this rapidly growing space, fostering innovation while reducing risks to consumers, businesses, the financial system, and the climate,” the order said.

Harris explained: “Regulators are in a state of learning and are very alert every time something happens.” From the authorities’ point of view, the fall in current prices is another indication that caution is needed. However, this would be in opposition to the further economic development and competition of the United States.

“Competitive tensions are what we’re navigating,” Harris said. The question of what the right level of regulation will be will keep financial systems busy for some time – not just in the United States.

Poco M3 Pro 5G with 90.5 Hz refresh rate with 6.5 inch display, the phone will be launched next week