Blackout in California due to cyclone bomb; leaves at least 2 dead 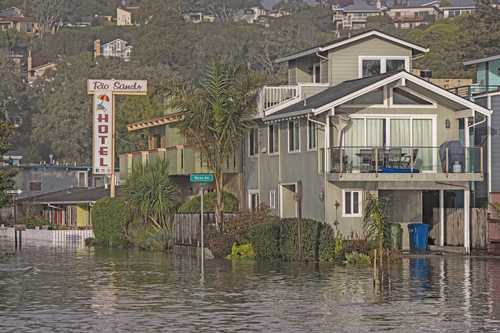 More than 60,000 homes and businesses were without power in California as of early Friday, according to data from the Power Outage Company. Already two dead, road closures and a state of emergency declared in the most populous state in the United States.

Utility crews in Northern California worked to restore power after two days of ferocious winds and torrential rain, even as the region faced another onslaught of stormy weather ahead of the weekend.

Last night, Pacific Gas & Electric Company (PG&E) said it had restored power to more than 400,000 customers. About 55,000 homes were still without power in the PG&E area.

In Fairfield, a 19-year-old girl died after her vehicle was swept off the highway, police said.

It’s the latest of several atmospheric rivers – tall columns of moisture that extend across the Pacific – to hit California. It was a pineapple express (a concentration of tropical, sometimes moist air originating in the vicinity of Hawaii) and carried toward the west coast of the country by a rotating area of ​​pressure or “bomb cyclone”.

“Another storm system with moderate to heavy rain is forecast for the weekend. This could lead to additional flooding,” said the National Weather Service from its headquarters in downtown Sacramento, California.

The incident took place last December after a powerful winter storm that killed at least 50 people in several cities across the United States.