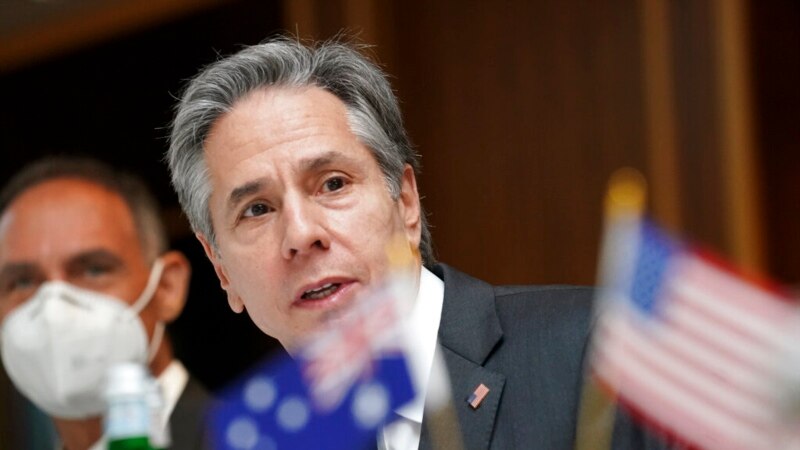 US Secretary of State Antony Blinken began meeting with his counterparts in the Quad on Friday, beginning with Foreign Affairs Minister Marise Payne of Australia, who said the two would discuss China, North Korea and Ukraine.

“More than one authoritarian regime is presenting itself in the current world climate as a challenge. DPRK, China as well, and they will be part of our discussions today. We strongly support US leadership on these challenges,” she said, using the abbreviation for the Democratic People’s Republic of Korea, North Korea’s official name.

“We are going to talk today, I’m sure, about the threats to the sovereignty and the territorial integrity of Ukraine as well,” she added.

“We do indeed have a lot to cover today,” Blinken said, including “challenges posed far away from here but that have an impact on this region as well.”

Blinken mentioned a “fair bit of ground to cover” in his next meeting, with Japanese Foreign Minister Yoshimasa Hayashi. They will join Indian External Affairs Minister Subrahmanyam Jaishankar later Friday for a wider meeting that is also expected to address climate change and pandemic-related issues.

As he did Wednesday, the US secretary of state stressed the importance of alliances for tackling global and regional issues and reinforced the Biden administration’s commitment to the region.

“What we know is that the issues that are really having an impact on folks back home, people here in Australia, and around the world — whether it’s climate, whether it’s COVID, whether it’s the impact of emerging technologies — not a single one of these issues can be effectively dealt with by any one of us acting alone,” Blinken told US Mission Australia staff Thursday in Melbourne. “More than ever before, we need partnerships, we need alliances, we need coalitions of countries willing to put their efforts, their resources, their minds into tackling these problems.”

Blinken earlier participated in a town hall discussion of biomedical issues at the University of Melbourne’s law school. Representatives from Moderna and Bristol Myers Squibb, both global pharmaceutical companies, also took part in the roundtable.

Blinken discussed global vaccination targets and the need for a “stronger global health security system” so the world is better prepared the “next time around.”

Earlier this week, Australia said it was reopening its borders to vaccinated international travelers on Feb. 21. The move comes almost two years after borders were closed as part of efforts to control the spread of COVID-19.

Australia’s pandemic border closures were among the strictest in the world.

Blinken said Australia and the United States have been “leaders together” in fighting COVID-19.

He later tweeted that the University of Melbourne “held deep meaning to my late stepfather, Samuel Pisar, who was a proud alumnus.”

Payne, who is hosting the Quad meeting, said Wednesday the gathering sends a message to China that security in the region remains a priority for the United States.

Payne said the Quad ministers were “voting with their feet in terms of the priority that they accord to issues” important to the Indo-Pacific. Payne said the ministers would also focus on regional coronavirus vaccine distribution, cyber and other technology issues, and addressing disinformation, counterterrorism and climate change.

Blinken’s visit to Australia is his first trip there since an enhanced trilateral security partnership known as AUKUS — Australia, the United Kingdom and the United States — was announced in September. The agreement includes a deal to build nuclear-propelled submarines for Australia as part of enhanced deterrence against China’s military expansion across the Indo-Pacific region.

Part of the discussions during the fourth Quad foreign ministers’ meetings in Melbourne “will relate to the challenges that China poses,” Daniel Kritenbrink, the assistant secretary of state for East Asian and Pacific affairs, told VOA during a Friday phone briefing.

“The Quad is not a military alliance, but it is not lost on China that you have four democracies, all with a strong maritime presence and advanced military capabilities, concerned by the increasingly aggressive approach China takes with its neighbors,” said Charles Edel, the Australia chair of the Washington-based Center for Strategic and International Studies.

Blinken is also expected to discuss threats presented by a growing partnership between China and Russia that was on display during Sunday’s meeting in Beijing between Russian President Vladimir Putin and Chinese leader Xi Jinping at the beginning of the Winter Olympics. The meeting occurred amid Russia’s military buildup along neighboring Ukraine’s borders and China’s increasingly assertive efforts to reunite Taiwan with the mainland.

In Beijing, Chinese officials have expressed wariness over the Quad and AUKUS.

“With its so-called democracy having collapsed long ago, the US is forcing other countries to accept the standards of the American democracy, drawing lines with democratic values ​​and piecing together cliques. That is a complete betrayal of democracy,” Zhao said.

Zhao added that China “seeks peace and development, promotes cooperation, promotes the construction of an equal, open and inclusive security system in the Asia-Pacific region that does not target third countries.”

“We oppose forming exclusive cliques and setting up groups within groups, as well as creating confrontation between camps,” he said.

The top US diplomat’s weeklong trip includes Fiji as well as Honolulu, Hawaii.