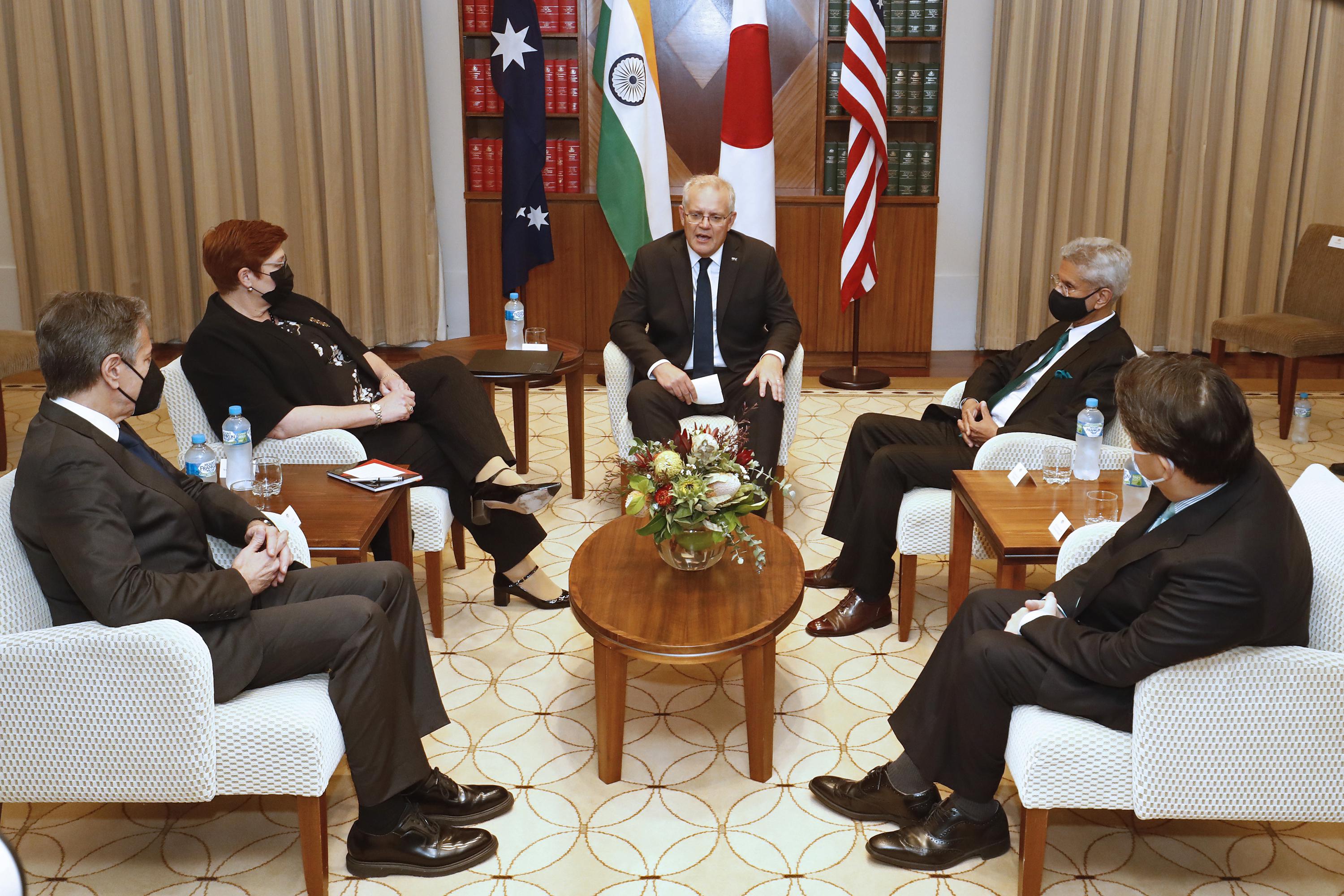 Blinken did not detail the reasons behind the State Department’s latest security alert that calls on all American citizens to leave Ukraine.

“We’re in a window when an invasion could begin at any time and, to be clear, that includes during the Olympics,” Blinken added. The Olympic Games are scheduled to end on Feb. 20.

Russia has amassed over 100,000 troops near Ukraine. It says it has no plans to invade but wants the West to keep Ukraine and other former Soviet countries out of NATO.

The threat of war in Ukraine and a strengthened alliance between Russia and China were high on the agenda of a meeting in Canberra on Friday among Blinken and his counterparts from India, Japan and Australia.

Australian Foreign Minister Marise Payne, who chaired the meeting, said the alliance between Moscow and Beijing was “concerning because it doesn’t … represent a global order that squares with … ambitions for freedom and openness and sovereignty and the protection of territorial integrity.”

On the question of the alliance, Indian External Affairs Minister Subrahmanyam Jaishankar, whose government is one of Russia’s biggest customers for military hardware, focused that the Quad partnership was about shared ambitions and “not against somebody.”

Asked by a reporter if Russia had behaved appropriately toward Ukraine, Jaishankar replied that the Quad meeting was focused on the Indo-Pacific region, not Europe.

Blinken earlier said a conflict with China in the Indo-Pacific was not inevitable.

The Quad partners are united by an “affirmative vision for what the future can bring” and a “commitment to defend the rules-based system that we have spent tremendous time and effort building,” he added.

Blinken’s trip is designed to reinforce America’s interests in Asia and its intent to push back against increasing Chinese assertiveness in the region. He will also visit Fiji and discuss pressing concerns about North Korea with his Japanese and South Korean counterparts in Hawaii.

China’s support for Pacific island countries is “open, transparent and inclusive, without targeting any third party,” Zhao said, in an apparent reference to the US and its allies.

“We hope all countries will take concrete actions to help Pacific island countries deal with their challenges and do more to contribute to regional peace, stability and development,” he said at a daily briefing.

Australia has suffered trade retaliation in recent years for angering Beijing over actions that include outlawing covert foreign interference in domestic politics, banning Chinese tech giant Huawei from major infrastructure projects and urging an independent investigation into the origins of the COVID-19 pandemic.

Earlier Friday, Blinken and Hayashi held a meeting in which they expressed “deep concern” about Russia’s beefing up of its military at the Ukrainian border, a Japanese Foreign Ministry official said on condition of anonymity, citing protocol.

This story corrects that the meeting was in Melbourne, not Canberra.