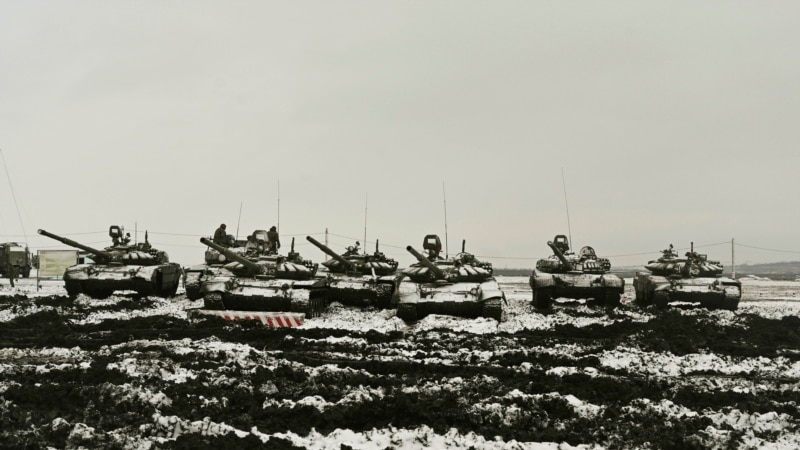 US Secretary of State Antony Blinken is on his way to Ukraine to hold talks with the country’s president, amid fears that Russia is planning to attack its neighbour.

The State Department said Tuesday that Blinken is scheduled to meet with President Volodymyr Zelensky and Foreign Minister Dimitro Kuleba in Kiev on Wednesday in a swiftly arranged visit. It said the visit is “to reinforce the commitment of the United States to the sovereignty and territorial integrity of Ukraine.”

The State Department said Blinken would then travel to Berlin with German Foreign Minister Annalena Beerbock to “discuss recent diplomatic relations with Russia and joint efforts to stop the Russian aggression against Ukraine.”

The build-up of an estimated 100,000 Russian troops on Ukraine’s eastern border has raised fears that Moscow may be planning military action against its neighbor, which was once part of the Russian-led Soviet Union. Russia annexed the Crimean peninsula from Ukraine in 2014.

Blinken’s visit follows talks between Russian and US officials in Geneva last week aimed at resolving differences over Ukraine and other security issues. No progress was reported.

Russia has demanded a guarantee that Ukraine will never join NATO.

Last week the Biden administration accused Moscow of preparing a “false flag operation” for use as a ploy to intervene in Ukraine, a charge Russia has angrily denied.

A US delegation visited Kiev on Monday to show support for Ukraine amid the standoff with Russia.

US Senator Amy Klobuchar, a Democrat, told VOA’s Ukrainian service, “We have Democrats and Republicans of very different political views here to say we stand with Ukraine, and if Vladimir Putin is to invade this country.” Want to choose this treacherous anti-democratic path, there will be strict and swift sanctions.”

US Senator Kevin Cramer, a Republican, told the VOA, “If something happens the United States will not just sit idly by and be a bystander. What we want to do is stop that from happening. We want to be a deterrent.” We want to be part of the solution before the fight starts.”

Some information for this report was provided by the Associated Press.