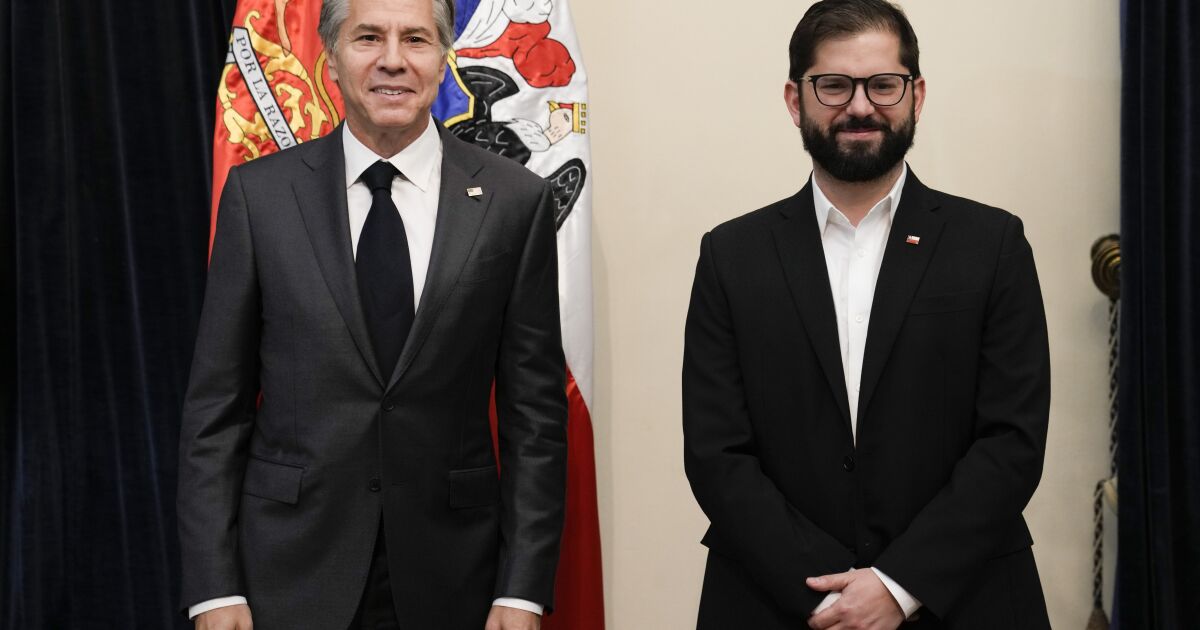 US Secretary of State Antony Blinken said on Wednesday that his country is working to meet world demand for oil in light of production cuts agreed by OPEC.

The Organization of the Petroleum Exporting Countries (OPEC) agreed to cut crude oil production by two million barrels per day, a figure that doubles the reduction expected by markets, threatening the world economy.

When asked about the issue during an official visit to Chile, the US head of diplomacy said that “we are working every day” to ensure a supply that “satisfies the demand, to guarantee that that energy is in the market and prices remain low”.

He specified that the United States increased its crude oil production by 500,000 barrels per day. “Energy prices have come down,” he insisted.

Blinken spoke after meeting with Chilean President Gabriel Boric as part of an official visit to the South American country, with whom he discussed strengthening democracy in the region, trade and climate change mitigation.

The chief of US diplomacy was welcomed by Boric in a hall of the government palace and posed for cameras before beginning their meeting.

The Chilean president told the press that with Blinken he discussed strengthening democratic institutions, sustainable development and the climate crisis.

Ned Price, a spokesman for the State Department, said in a statement that Blinken thanked Boric for Chile’s leadership on climate change and the South American country’s effort to achieve carbon neutrality by 2050. He said they discussed areas of cooperation to strengthen democracy. On the impact of the Russian invasion in the region and on Ukraine.

Blinken toured three countries with leftist governments. The day before he met with Colombia’s President Gustavo Petro, today with Boric and on Thursday he will meet with Peru’s President Pedro Castillo.

When asked about criticism of the United States in some countries it visits, the secretary replied that “we do not judge countries according to their political propensity” but according to “their commitment to democracy and human rights”.

The 36-year-old former student leader has not spared criticism of the United States. He was upset in the middle of the year because, as host of the IX Summit of the Americas in Los Angeles, he excluded Cuba, Nicaragua and Venezuela; However he has also questioned human rights violations in these last two countries and has repeatedly called for the release of Nicaraguan political prisoners.

Regarding the role of the United States in the region, Boric believes that Washington should view Latin American countries as equals and not “subordinates”.

On a bilateral level, Blinken indicated that the United States government would work to bring more investment into Chile, whose main trading partner is China, followed by the United States with 32% and 17% of the exchange, respectively. He added that “this economic relationship can grow even further.”

Following his brief trip to Chile, Blinken will travel to Lima where he will lead the US delegation to the General Assembly of the Organization of American States (OAS) and meet with Castillo.