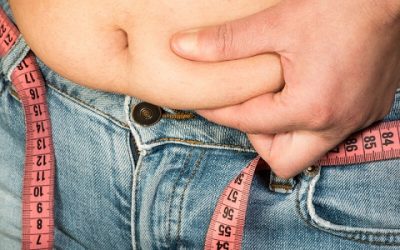 
A new study by researchers at Western University is raising new hope for people struggling with obesity.

Researchers have found that eradication of a certain gene leads to a reduction in body fat, at least in male mice.

The team, led by PhD candidate Brent Wakefield, removed a gene called pannexin 3 (PANX3) from mice in embryos. They then compared the mice with the gene to those that did not have it.

“PanX3 knockout mice, without any exercise, had the same body composition as the mice,” Wakefield said.

In fact, mice without the gene had an average of 46 percent reduction in whole body fat mass compared to mice with the gene. Their muscle mass became comparable to that of rats that worked out for an hour per day, five days a week for six weeks.

Inflammation in visceral adipose tissue, a key indicator of obesity associated with heart disease and diabetes, was also reportedly much lower.

“Deleting the gene had an even greater effect than exercise, which we know is anti-inflammatory,” Wakefield said.

The researchers plan to use the findings of this study to develop a PANX3 pharmaceutical blocker that can be used in humans.

Sylvia Penuella, a researcher in anatomy and cell biology at Western University’s Schulich School of Medicine and Dentistry, said, “If we can block it, we can expect to have the same effect as removing it… One day it will help patients suffering from obesity.”

The researchers cautioned that the discovery is not a magic bullet that allows a person to eat burgers and fries every day without gaining weight.

“When we fed the mice a high-fat diet without the PANX3 gene, the difference in body weight went away,” Wakefield said. “Diet has always really mattered.”

Scientists said a combination of a healthy diet and exercise is the most important factor in building a healthy body composition.

The study was recently published in the International Journal of Obesity.