Boric’s explanation for activity with Carter in Florida: “Neighbors who seek protection do not differentiate between the political color of their officials” – Nation World News 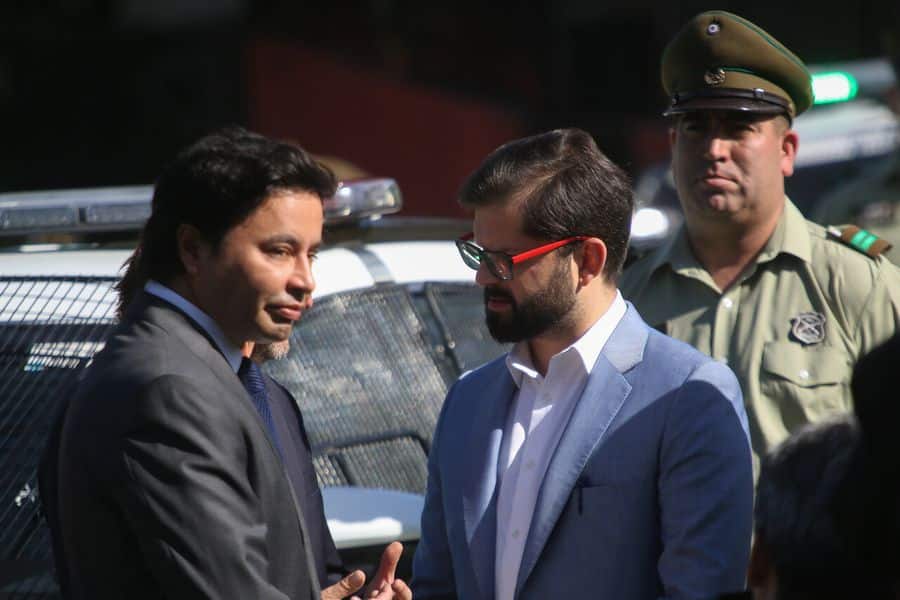 In the commune of La Florida—the most populous in the metropolitan area—and in the presence of its Mayor Rodolfo Carter, President Gabriel Boric and Interior and Public Security Minister Carolina Toha, 86 police officers were assigned to the new uniformed police work vehicle.

“There were people on my team who said ‘How are we going to Florida if Mayor Carter beats us in the past?’ And I told them, it is in La Florida, in Puente Alto, in any commune, in any area, regardless of the political color of the authority on duty, where we have to be., If, as Mayor Carter said, citizens seek safety, neighbors do not differentiate between the political colors of their officials”.Borik commented.

“We have different responsibilities, but we have a duty to cooperate, so I want you to know that I am not only going to communities that have mayors who support the government. to stay”, Added.

“Despite the differences, the legitimate political differences we have, there are many issues on which we have to cooperate,” Stressed.

The president explained that the Carabineros fleet was operating at 50% of its capacity in March and recalled a commitment to deliver a total of 2,600 new vehicles to the uniformed police by 2024.

Borick affirmed that “it’s not about taking delivery photos” and that the fight against crime is a priority which includes “serious, evidence-based plans”.

On the verge of proposing his name to the Senate for the new national prosecutor, Boric referred to the political debate on the subject.

“The debate about the office of the national prosecutor has not lived up to citizens’ expectations. It’s not about what interests a senator most or whether it’s a cock for the government. The question is how do we deal with crime?” How to strengthen the prosecution. The debate between politicians should be about who wins or who loses. That should be our main concern”, he stressed.

“In that line we are acting,” he said.