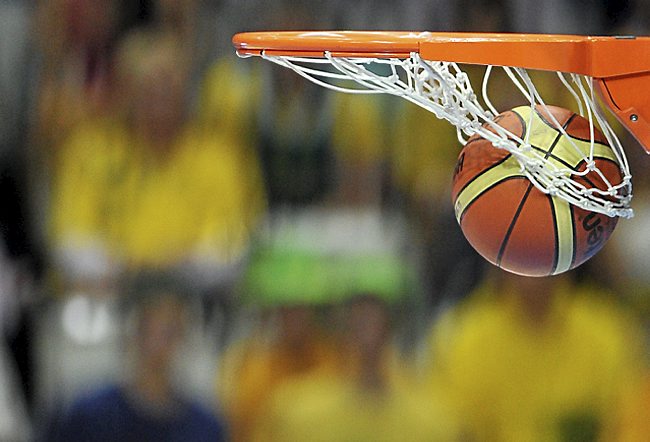 Everybody in the sold-out South St. Paul gym who was able was on his feet for the final 2.6 seconds.

The noise was almost ear splitting.

Down by a bucket, the Packers inbounded to the ball to a Mr. Basketball finalist. In front of the DeLaSalle bench on the other side of midcourt, Alonzo Dodd let fly with a desperation shot that would send the Packers to the state boys basketball tournament for the first time since 1970.

The heave looked to be online as it arced toward the net.

“We lost to South on a full-court shot at the beginning of the year, and I told the kids three months ago, ‘Alonzo Dodd can make that shot.’ In the timeout I told them, ‘Remember what I told you. Don’t let Alonzo Dodd make the full court.’ I thought it was going in.”

Dodd knew it would be close. So did his teammates.

“I thought it was going to go in,” said Tay Harmon.

The orange orb fell toward the hoop. The buzzer sounded. The ball hit the back iron and fell aside.

In a game that had all the makings of a state final, Nasir Whitlock scored 32 points, and DeLaSalle won the Class 3A, Section 3 title Thursday. The Islanders (20-7) will be making a state-record 11th straight state appearance while a multi-decade wait will continue for South St. Paul.

DeLaSalle will play Tuesday at Williams Arena. Game time and opponent are scheduled to be announced Saturday.

“Coming into it they had a great year. We knew when they put us in the same section it was going to be a battle,” Bledsoe said.

A 15-4 run put DeLaSalle up by nine with seven minutes left. With the deficit at five with 1:15 to go, Devin Newsome scored on a put back, Dodd forced a steal and made a layup to get the Packers within 65-64.

Two free throws by Whitlock put the Islanders back up by three, but Dodd converted a 3-point play to tie the game with 13.1 ticks left.

Whitlock brought the ball up, and off a pick-and-roll, hit a short jumper for what turned out to be the winning points.

Dodd finished with 34 points and Newsome had 22 for South St. Paul (28-1), which lost in the section final for the second straight year.

“Everything we’ve been through the year with all the trials and tribulations put us in a good place to be in the game at the end,” said South St. Paul coach Darren Edwards. “Foul trouble, missed shots, just bad shot selection late in the game hurt us. We let Whitlock go for 32. When he gets to his spot it’s money in the bank. We just weren’t good enough defensively today.”

Resiliency has been a forte for the Packers all season, especially since former coach Matt McCollister resigned in mid-January days before pleading guilty to federal charges to conspiracy to commit health care fraud while working as a personal injury attorney.

South St. Paul had won 15 straight games since the coaching change, overcoming a distraction that could have disrupted the season.

“Everybody just stayed together throughout everything, through all the circumstances, play together, stuck together. That’s how we got this far,” Dodd said. “We should have gone farther.”