Within the framework of the AGTECH week, the Santa Fe Stock Exchange hosted a meeting attended by a delegation of Brazilian diplomats and businessmen, along with representatives of companies and startups from the region and the Acceleradora del Littoral.

Martin Vigo Lamas with Minister and Deputy Mirabella during a meeting with Brazilian officials and businessmen.

Later in the meeting, the Minister of Science, Technology and Innovation of the Nation, Daniel Filmus; National Deputy Roberto Mirabella and Santa Fe’s Minister of Gender, Florencia Marinero, among other officials.

The guest delegation was led by Andrea Parrilla and lvaro Augusto Guedes, Head of the Agriculture Attaché and the Science, Technology and Innovation Sector (SECTEC) of the Embassy of Brazil; Like Quillen Sanchez.

He was accompanied by LIC German Burcher, the foreign trade secretary of the province. From both the BCSF and the nation, Santa Fe Province was highlighted as an example in science and technology for the strength of its scientific-technical system, as well as for its entrepreneurial system. As well as for the assistance provided by the provincial government to these areas. 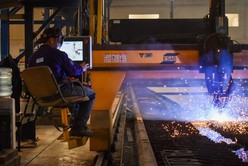 After passing through the BCSF, the delegation visited the Parque Tecnológico Litoral Centro and the company Acronex, which is dedicated to research and technological development aimed at the agricultural sector.

It should be noted that AgTech Week was held from last Monday to this Friday with the aim of generating new businesses and showcasing the work and innovation impact of Santa Fe’s agri-technology entrepreneurial ecosystem.

The program included visits to companies and scientific-technical institutions of the Rosario ecosystem; 5th edition of AgTech Forum, aimed at fostering a culture of innovation in agribusiness; and the 30th AAPRESID Congress, to anticipate future scenarios for agriculture. 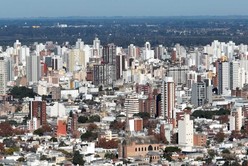 In the first place, he visited the facilities of the Zeltech company and then he looked at the modular and flexible space for building knowledge-based companies and the general allowance for bio-technology ventures to be carried out in the park. – Funded by the Santa Fe Province and Nation Nodes Program.

During his visit, Minister Filmus highlighted: “It gives me great pleasure to see the growth and development over time. We are working on strengthening science and technology, last year we did the Chamber of Deputies and Senators had approved a science and technology funding law. That allows us to invest more. At the time in Santa Fe, together with Governor Perotti, we invested more than 1,000 million pesos in works in Rafale and Rosario Announced. Today we take this opportunity to make new investments”.