Brazil’s bi-centenary: Bolsonaro attacks Lula and calls for “removing him from public life” 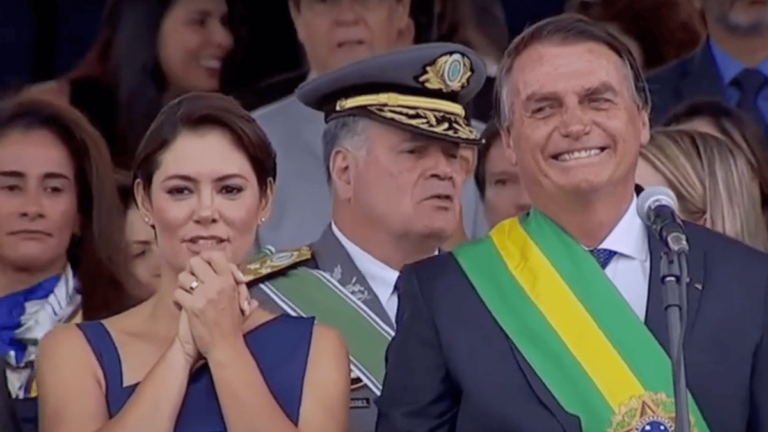 Bolsonaro said that “We have to be removed from public life” His main electoral rival for October 2, the former president Luiz Inacio Lula da SilvaIn a speech given in front of hundreds of thousands of people on Copacabana beach, within the framework of an electoral act that was mixed with military tribute to the bicentenary of independence.

At the top of a forum set up by his colleague on the famous beach in Rio de Janeiro, popular far-right preacher Pastor Silas Malafia, Bolsonaro called on the population to take action against the possible return of a leftist government in Brazil.

“Compare Brazil to Venezuela, what is happening now in Argentina and with Nicaragua; they are friends of nine-fingered outlaws who contest elections, this type of people have to be removed from public life, they have nothing on their mindBolsonaro confirmed to the crowd, next to his vice president, retired general Walter Braga Neto.

Lula has nine fingers because he lost his left little finger when he worked on a lathe in a metallurgical factory in 1964 and was derogatory to him by former judge Sergio Moro and Lava Jato prosecutors as “nine” (nine, in English). ) was called. The case, which was eventually quashed due to political persecution.

The president used Independence Day, a holiday with a 13-kilometer motorized caravan in Rio de Janeiro, where he heard insults and shouts of “Lula President” as he drove from neighborhoods in the southern Rio de Janeiro region to Copacabana Beach. .

Bolsonaro listed a number of issues on the agenda of extreme rights, such as the de-legalization of abortion, the rejection of the legalization of drugs, and respect for private property.

The president also lambasted the raiding of the homes of 8 Bolsonaro business tycoons who campaigned in WhatsApp groups not to respect the election result, without naming Supreme Electoral Court President and Supreme Federal Court Judge Alexandre de Moraes. Lula’s victory and the finances of the coup.

He said, “I was in Brasilia a while back, where businessmen were unfairly accused of plotting a coup. We stand with those who violated their privacy. We want the Brazilians to know their future. maximum freedom to decide.”

The President said that Independence Bicentenary Day would end with his appearance in the match between Flamengo and Vélez Sarsfield for the Copa Libertadores semifinals.

Later, in Brasilia, the president also targeted his electoral rival and questioned the media about elections that showed him as a loser. “There’s no liar here data sheet, here is ours data pueblo”, he said in front of thousands of followers, referring to the referendum advisor, who attributes former President Lulas And silva A comfortable advantage in the October 2 elections (45% of intent to vote, compared to 32% for Bolsonaro)

In Brazil, the “fight of good against evil” is being waged. Referring to the corruption scandals that rocked the ruling Workers’ Party (PT) governments between 2003 and 2016, the ultra-conservative said “leftists” want to return to the crime scene. They won’t come back. ,

Today 200 years of independence have been completed. September 7 should be a day of love and union for Brazil. Unfortunately this is not the case today. I am confident that Brazil will regain its flag, sovereignty and democracy. Good morning.

“Lula, thief, your place is a prison!”Crowd gathered for the former president imprisoned in the framework of Lava Jato campaign on the network of bribery in the state oil company petrobrasBefore his beliefs were reversed.

The opposition has accused Bolsonaro of “grabbing” the national holiday for electoral purposes. Last year, Independence Day was marked by demonstrations in his favour, with coup slogans and the president taking an oath that “Only God” can remove him from power,

President Bolsonaro said the undecided should be reassured and in this context asked to compare his wife, who became the leader of the evangelical rights in Brazil, with the sociologist Lula da Silva. janja silvaIn a macho part of his speech in which he argued that He has no problem with erection.

Bolsonaro said, “I have a woman of God by my side and active in my life, not on my side, in front of me. I tell unmarried people to find a woman, a princess, get married and be happy.” assured what it is”imbrochevel“(Portuguese word meaning its member always stands for sexual act).

The public was encouraged and shouted the same thing, after which he kissed Michele Bolsonaro in front of the public, in an alleged gesture in search of the female vote, which is the key to his recovery in the elections, because according to all opinion studies this section lula. determined to support.

Escorted by a tank, a smiling Bolsonaro arrived at the parade in a classic black Presidential Rolls Royce, with the President’s sash on his chest, and accompanied by the First Lady, Michel Bolsonaroand many children.

The president then got off the vehicle and continued on foot, closely greeting the thousands of people stationed to follow the military parade, including several tractors from Bolsonarista supporters. ,Myth, Myth!”, shouted his supporters, who gave that nickname to the ultra-Orthodox.

During traditional military parades, armored vehicles, soldiers, students and even Tractors and members of an evangelical church parade by the Esplanade of Ministries. Air Force planes flew over the center of Brasilia.

Bolsonaro followed the parade in an official box and Absence of officials such as the President of the Federal Supreme Court (STF) and deputies and the head of the Senate who usually participate in the festivities.

In the afternoon, the spotlights fell Rio de Janeiro and its beach CopacabanaOne of the most emblematic tourist destinations in Brazil.

Traditionally, military parades in Rio take place in the city center, on Avenida President Vargas, about 15 km away. 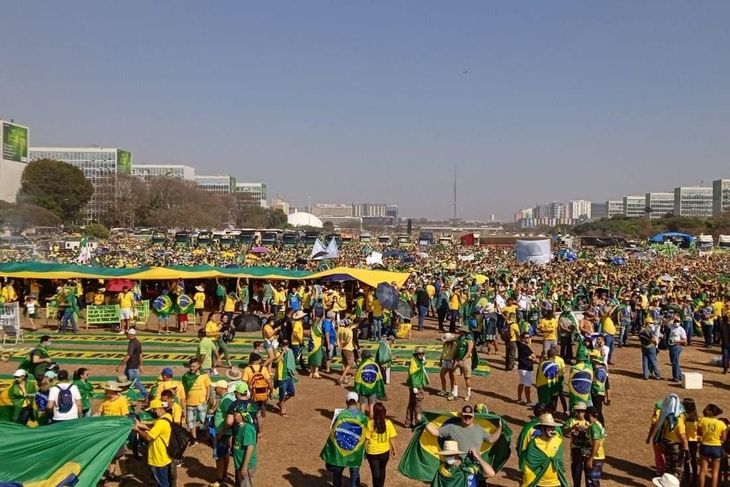 President Jair Bolsonaro greeted a crowd of motorcyclists set for a procession in Copacabana, then harassed protesters on a large stage rented by clergy allied with the mighty. evangelical church,

the tycoon agro Industry According to the local press, he has also contributed financially to the organization of events in the country.

An intense campaign was launched on social networks to gather as many protesters as possible and ‘youtube usersBolsonarists launch appeals for online donations.

Earlier, Bolsonaro said that he expected “a great a show of force to retain its electoratebut also to seduce other people who are more at the center,” said Paulo Bia, a professor of political science at the Federal University of Rio de Janeiro.

To intimidate moderate voters, the head of state told his most ardent supporters to refrain from raising banners and slogans Military intervention to shut down the Federal Supreme Court (STF)Which opened several investigations against Bolsonaro in particular for spreading false information.

According to the latest survey by the IPEC Institute (formerly Ibop) published this week, Lula has maintained a comfortable advantage, compared to 31% for Bolsonaro, with 44% of the voter intention, although the gap has narrowed in recent weeks. Is.