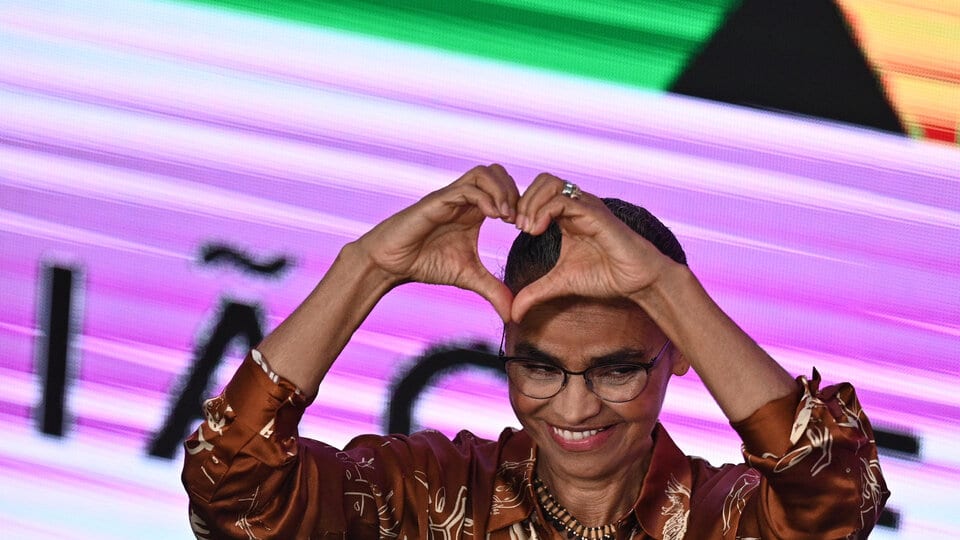 new minister of Brazilian Environment, Marina Silvatook office this week and said he had a disbanded ministry Following the management of former President Jair Bolsonaro. Silva, a well-known Brazilian environmentalist and deputy elected in the October 2022 elections, returns to the ministry he directed between 2003 and 2008.

The head of the Ministry of the Environment promised that the South American giant “It will stop being an environmental pariah.” announced that he would launch Action plan to prevent and control deforestation in the Amazon.

and in line with global concern about the effects of global warming, the minister renamed the portfolio Environment and climate change.

Marina Silva condemned former President Jair Bolsonaro’s environmental policies as “lacking respect for the socio-environmental legacy”. The new minister told that the management of Bolsonaro “The scene of acts against democracy wasscience, health, the environment and life itself”.

Silva also spoke violence faced by indigenous peoples and environmental defenders in the last four years. Along these lines, he recalled the murder of indigenous Bruno Araújo and British journalist Dom Phillips in the Amazon, a crime that was attributed to mafias operating in that region. “They are the sad symbols of this recent period,” he lamented.

during his official appointment before a new reshuffle of the Ministry of the Environment and Climate change Silva explained that the name change is a gesture that is needed “Reflect the current global debate”.

“We are going to take an action that respects multilateralism, but we are going to act internally so that Brazil, instead of being an environmental pariah, becomes the country that will help us achieve that.” Agreement with Mercosurthat we can bring investment, that it manages to open a market for our products, that Let’s stop being the worst business card for our strategic interests And we become the best business card”, confirmed Silva.

the minister asked Disruption of environmental protection agencies What did the Bolsonaro government do? Silva recognized resistance work of officials within public institutions.

“All federal public servants who protested at Anvisa (National Health Monitoring Agency)… because when all else fails, what remains are strong public institutions, well-designed public policies and capable and committed There are public servants. Tribute to all of them. he remarked.

As part of the change in environmental policy, the Environment Minister announced Restoration of the Brazilian Forest Service (SFB), When Bolsonaro took office in 2019, he left the SFB under control of the Ministry of Agriculture.

The minister pushed forward a series of measures such as the implementation
An action plan for the prevention and control of deforestation in the legal Amazon (PPCDam).

The Amazon Institute of Man and the Environment (Amazon) revealed that the area to be deforested in the Amazon in 2022 was the largest in the past 15 years.

Furthermore, as announced by President Lula da Silva, the new minister noted that Creation of National Climate Protection Authority Who will be in charge of dealing with the problems related to global warming.

Marina Silva explained that the agency would be like a national space research institute but climate and would be directly linked to the Presidency and the Ministry of Environment and Climate Change.