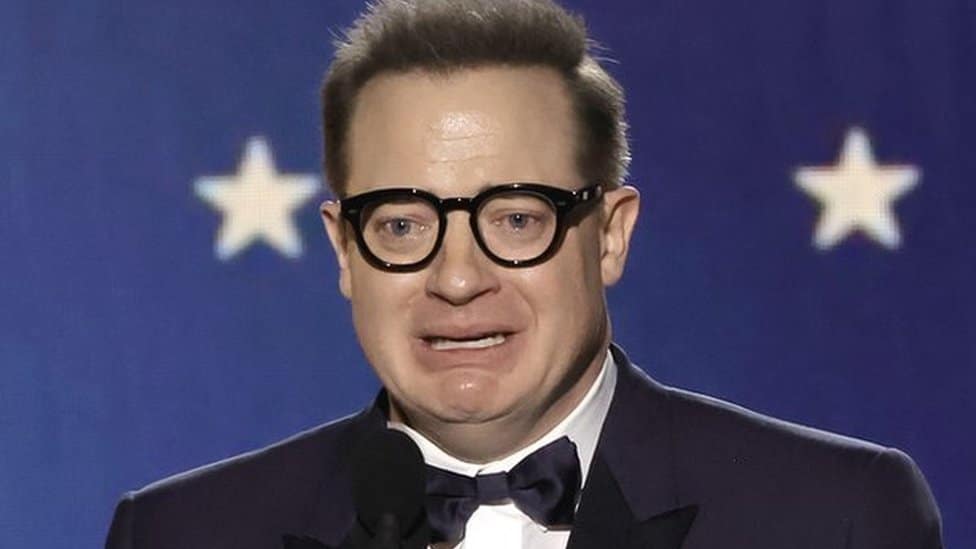 Movie star Brendan Fraser gave an emotional acceptance speech after receiving the Best Actor award for “The Whale” at the Critics’ Choice Awards.

He told the film’s director, Darren Aronofsky, “I was in the desert. And I probably should have left a trail of fragments. But you found me.”

“The Mummy” actor was praised for his role as a morbidly obese and depressed man, his first leading role in 12 years.

Fraser was an iconic star during the ’90s, starring in films such as “The Mummy,” “George of the Jungle” and “Journey to the Center of the Earth.” However, due to health problems caused by excessive filming, Fraser has been missing from the big screen for long periods of time, playing only supporting roles on television, she revealed to GQ magazine in 2018.

Expectations are high that Fraser will garner an Academy Award nomination this month.,

“If you — a guy like Charlie, who I played in the movie — are obese in any way, or feel like you’re in a dark sea, I want you to know that even if you May you have the strength to rise and shine, good things will happen to you,” Fraser said to a standing ovation.

“This movie, ‘The Whale,’ is about love. It’s about redemption. It’s about finding light in a dark place.”

“And I’m proud to be working with such an amazing cast,” he added, referring to his fellow actors including Hong Chow and Sadie Sink.