Britain’s Johnson ‘humble’ but wants to move beyond ‘partygate’ 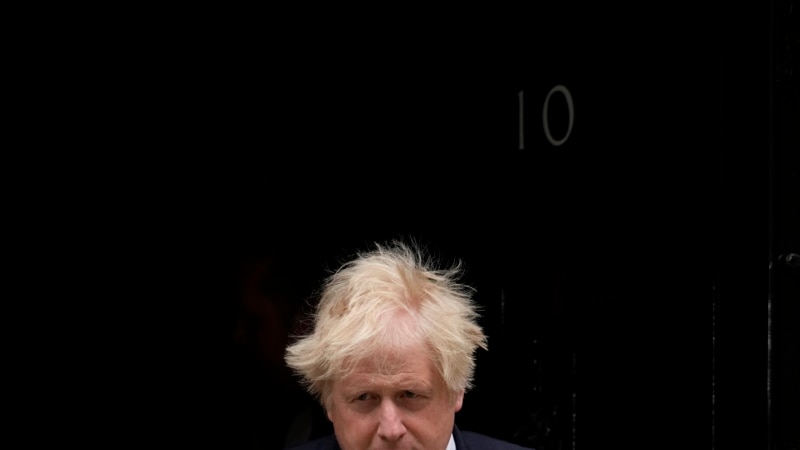 British Prime Minister Boris Johnson and other senior officials take responsibility for a culture of rule-breaking that has resulted in multiple parties violating the UK’s COVID-19 lockdown rules, a report of events on Wednesday said.

Revelations of repeated violations of rules imposed on others by Johnson and his staff sparked outrage in Britain, and opponents demanded the prime minister’s resignation.

Johnson said he “took full responsibility for what happened” but would not step down.

In her report into the “Partygate” scandal, senior civil servant Sue Gray stated that the “senior leadership team …

Gray examined 16 gatherings of Johnson and his staff in 2020 and 2021 while people in the UK were barred from socializing, or even visiting relatives who were sick and dying, because of coronavirus restrictions. reason.

Gray said there were “failures of leadership and judgment in Number 10”, in reference to the Prime Minister’s Office address.

“People in the most junior positions attended meetings that their seniors attended, or actually organized,” she said.

A separate police investigation resulted in the fines of 83 people, including Johnson – making him the first British prime minister to break the law while in office.

Speaking to lawmakers after the report was published, Johnson said he was sorry but insisted again that he did not intentionally break any rules.

The prime minister said he was “humble” and had “learned a lesson”, but it was now time to “move forward” and focus on the government’s priorities.
Critics, some of them inside Johnson’s Conservative Party, have said the prime minister lied to parliament about the events. Ministers who deliberately mislead Parliament are expected to resign.

Johnson said on Wednesday that when he told parliament last year that no rules were broken and there was no partying, “it was just what I believed to be true.”

British media and opposition politicians have found it difficult to square off with staff member accounts of “bring your own wine” parties and regular “Wine Time Fridays” at the prime minister’s 10 Downing St office at the peak of the pandemic.

Much of Gray’s 37-page report was devoted to a detailed account of events, including a May 2020 party in Downing Street Garden in which “the prime minister brought cheese and wine from his flat” and a party the following month in which ” One person was ill” and “there was a minor dispute between two other persons.”

At another party – held the night before the funeral of Queen Elizabeth II’s husband, Prince Philip – garden merrymen broke a swing belonging to Johnson’s baby son Wilf and partyed until 4 a.m. .

“Many would be disappointed that this kind of behavior took place on this scale at the heart of the government,” Gray wrote. “The public has a right to expect the highest standards of behavior in such places and clearly what happened was far less than that.”

Johnson has so far clinging to power, partly because Russia’s invasion of Ukraine diverted public and political attention. Some conservatives who were considering seeking a no-confidence vote in their leader decided it was too early to push Johnson into the middle of a war that is destabilizing Europe and fueling a cost-of-life crisis.

Another relief to the prime minister came when the Metropolitan Police told him last week that he would not receive any further fines, even though he had attended several events under investigation.

But Gray’s findings could revive calls for a no-confidence vote in the leader of Conservative lawmakers who won him a sizable parliamentary majority two years ago. Under party rules, such a vote is triggered if 15% of party MPs – currently 54 people – write a letter calling for one.

If Johnson loses such a vote, he will be replaced as Conservative leader and prime minister. It is not clear how many letters have been submitted so far.

Environment Secretary George Eustice defended the prime minister on Wednesday, but acknowledged that “what was acceptable and what was not blurred, and that was a mistake.”

“The prime minister himself has acknowledged this and believes that there were certainly failures and therefore some changes have to be made in the way the place is run,” Eustice told Times Radio.