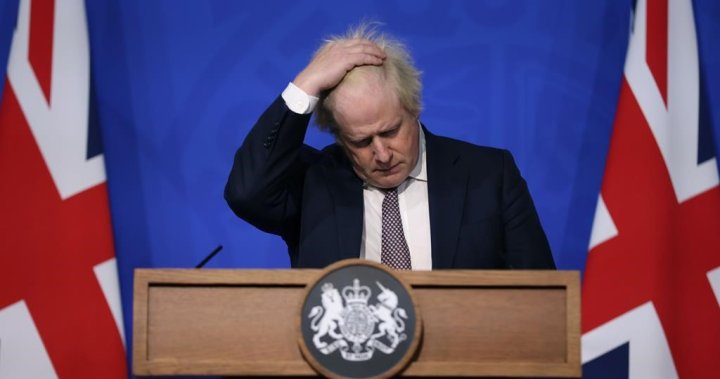 British Prime Minister Boris Johnson’s staff were invited last year to a “bring your own wine” party in the garden of his Downing Street residence during the first coronavirus nationwide lockdown, according to a leaked email seen by broadcaster ITV.

Johnson, who won a landslide victory in the 2019 election, has faced criticism over alleged parties in government offices, including his own, in violation of the COVID-19 lockdown.

About 40 workers gathered in the garden for a drink party, including Johnson and his wife, Carrie Johnson, ITV said, even though social mixing between households was limited to two people at the time.

ITV said an email was sent to more than 100 employees in Downing Street on May 20, 2020, by Martin Reynolds, the Prime Minister’s Principal Private Secretary. The leaked email asked him to bring alcohol to the party and “make the most of the weather”.

“After an incredibly busy period, it would be cool to make the most of the lovely season and have some socially distanced drinks at No10 Gardens this evening,” Reynolds said in the email. “Please join us from 6pm and bring your own wine!”2

At the time, schools were closed, and pubs and restaurants were closed, with strict controls on social mixing. Two people from different houses were allowed to meet outside, but only after maintaining a distance of 2 metres.

A senior government official, Sue Gray, is currently investigating allegations from at least five parties in government departments over the past year during lockdown restrictions.

The allegations have left voters disappointed, who were asked by the government to carefully follow the rules of social distancing.

Johnson’s Conservatives lost elections in the previous stronghold last month, mounting pressure from his own lawmakers to reform his team of advisers.

Britain’s official death toll from the COVID-19 pandemic topped 150,000 on Saturday, the second highest in Europe behind only Russia.