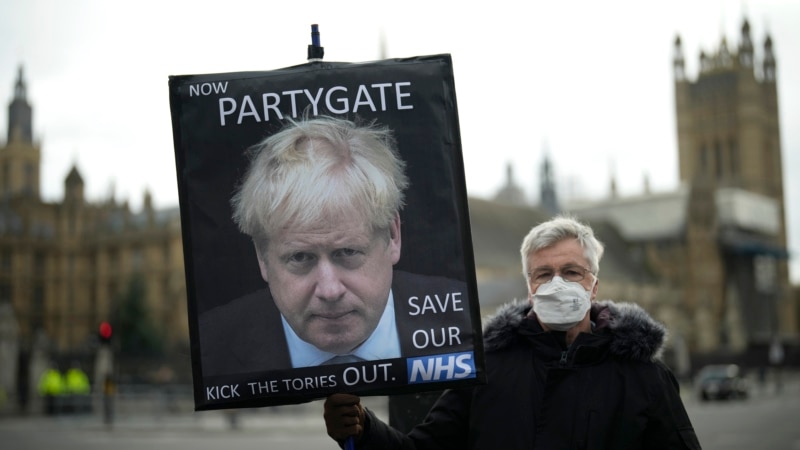 The Metropolitan Police Force said Tuesday they will not identify the recipients of the fixed fine notices, though Johnson’s office said it would announce if he gets one.

Opponents, and some members of the ruling Conservative Party, said Johnson should resign if he was fined for violating rules he imposed on the rest of the country during the pandemic.

Dozens of politicians and officials have been investigated over allegations that the government has disregarded its own pandemic restrictions. Police sent questionnaires to more than 100 people, including the prime minister, and questioned witnesses as part of the investigation.

Confirming that it approved 20 fines, police said officers were working through a “significant amount of investigative material” and more people could be fined later.

The “partygate” scandal left Johnson’s term in office uncertain before Russia launched a war in Ukraine more than a month ago that gave Britain’s politicians more urgent priorities.

Johnson’s grip on power was shaken by public outcry over revelations that his staff held “bring your own drinks” office parties, birthday celebrations and “wine time Fridays” in 2020 and 2021 while millions in Britain were banned from meeting with friends and family due to his government’s COVID-19 restrictions.

Johnson denied any wrongdoing, but he was reportedly at several of the dozen occasions in his 10 Downing St. office and other government buildings being investigated by police. He admitted that he attended a “bring your own booze” party in the Downing Street garden in May 2020 during the first restraint, but insisted he believed it would be a job opportunity.

In January, government official Sue Gray published a report on some of the gatherings, those not under criminal investigation. She said “failures of leadership and judgment” in the Johnson government caused events that should not have happened.

Johnson spokesman Max Blain declined to say whether the prime minister would resign if he were fined.

“It’s a hypothetical situation,” he said.

Angela Rayner, deputy leader of the opposition Labor Party, said the party revelations were “a slap in the face” for millions who followed national coronavirus restrictions.

“The culture is set from above,” she said. “The money stops at the prime minister, who has been lying to the British public for months, and therefore he has to go.”

Hannah Brady, a spokeswoman for the COVID-1919 Bereaved Families for Justice group, said Johnson “should have resigned months ago.”

“By dragging it out longer, all he does is throw more salt on the wounds of those who have suffered so much,” she said.