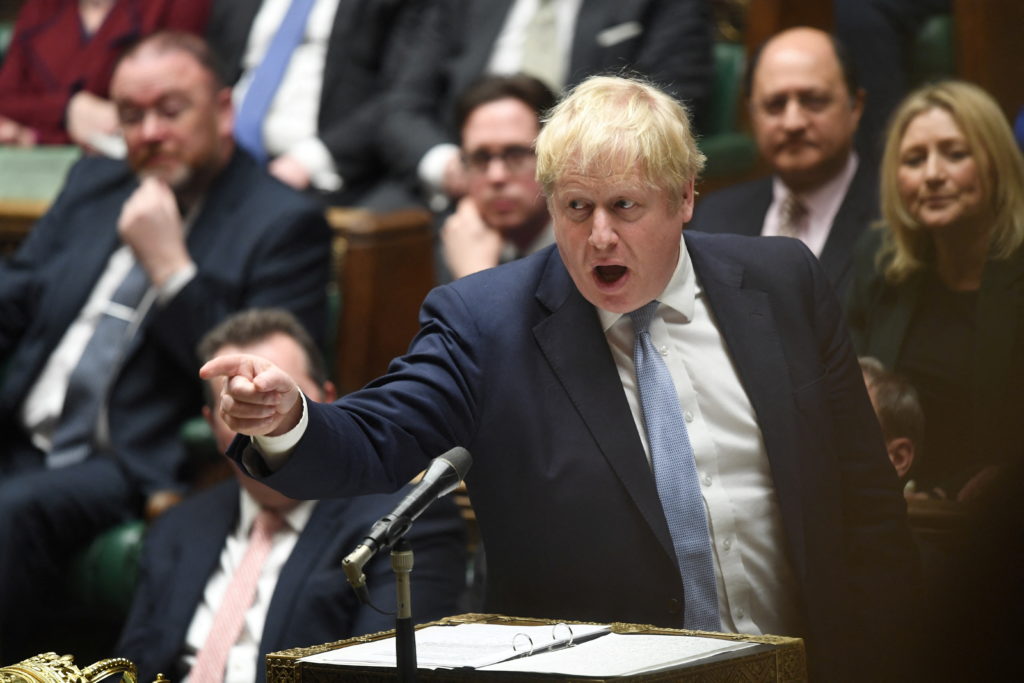 LONDON (AP) — Prime Minister Boris Johnson apologized Monday after an inquiry found that Downing Street parties while Britain was in lockdown represented a “serious failure” to observe the standards expected of government or to heed the sacrifices made by millions of people during the pandemic .

But Johnson brushed off calls to quit over the “partygate” scandal, promising to reform the way his office is run and insisting that he and his government can be trusted.

“I get it, and I will fix it,” he said in Parliament after senior civil servant Sue Gray published interim findings on several gatherings in 2020 and 2021 while the UK was under government-imposed restrictions to curb the spread of the coronavirus.

Gray found that “failures of leadership and judgment” allowed events to occur that “should not have been allowed to take place.”

“The hardship under which citizens across the country worked, lived and sadly even died while observing the government’s regulations and rigorously guidance are known only too well,” Gray wrote.

“Against the backdrop of the pandemic, when the government was asking citizens to accept far-reaching restrictions on their lives, some of the behavior surrounding these gatherings is difficult to justify,” she added.

Gray’s glimpse inside a 10 Downing St. marked by excessive alcohol consumption and staff afraid to speak out about workplace problems are a blow to Johnson, despite the fact that Gray’s conclusions relate to just four of the 16 events she investigated.

Her findings on 12 others have been withheld at the request of the police, who last week launched a criminal investigation into the most serious alleged breaches of coronavirus rules. The Metropolitan Police force said it had asked for cuts to Gray’s report “to avoid any prejudice to our investigation.”

The force said Monday that it would be interviewing party attendees and looking at more than 300 photos and over 500 pages of documents it had received from Gray’s team.

Among the events under police investigation are a June 2020 birthday party for Johnson in Downing Street and two gatherings held on the eve of Prince Philip’s funeral in April 2021 — a funeral at which the widowed Queen Elizabeth II had to sit alone.

The cuts to Gray’s report have led opponents to accuse Johnson of a whitewash.

The and the prime minister and his staff flouted restrictions imposed on the country to curb the spread of the coronavirus — holding “bring your own booze” office parties, birthday celebrations and “wine time Fridays” — have caused public anger, led some Conservative lawmakers to call for Johnson’s resignation and triggered intense infighting inside the governing party.

Opposition Labor Party leader Keir Starmer said the British public had made “heart-wrenching sacrifices” and endured “a collective trauma” during the pandemic.

“The prime minister took us all for fools,” he said. “He held people’s sacrifice in contest. He showed himself unfit for office.”

Starmer said many British people “think the prime minister should do the decent thing and resign. Of course, he won’t. Because he is a man without shame.”

Johnson can ignore opposition criticism, because the Conservatives have a large majority in Parliament. His fate rests on how Conservative lawmakers respond to his apology. Some previously said they would push for a no-confidence vote if Gray found Johnson was at serious fault or had misled Parliament with his previous insistence that no rules had been broken.

Johnson urged his critics to wait for the conclusions of the police investigation.

But one Conservative legislator, Andrew Mitchell, said in the House of Commons that Johnson “no longer has my support.”

Another, Aaron Bell, recalled attending his grandmother’s small, socially distanced funeral in May 2020 and asked: “Does the prime minister think I’m a fool?”

Former Conservative Prime Minister Theresa May said that either Johnson and those around him “had not read the rules, or didn’t understand what they meant. … Or they didn’t think the rules applied to them. Which was it?”

Gray did not criticize the prime minister directly, but said “there is significant learning to be drawn from these events which must be addressed immediately across government.”

The government has not promised to publish Gray’s full findings once the police investigation is finished, saying only that it will consider it.

Johnson could be interviewed by detectives as part of his probe and may face a fine if he is found to have breached the law.
Johnson, meanwhile, sought to change the subject from his personal woes, marking the second anniversary of Brexit on Monday by touting economic opportunities outside the European Union.

The UK officially left the now 27-nation bloc on Jan. 31, 2020, though it remained part of the EU’s economic structures for another 11 months.

Since then, UK-EU trade has fallen, though the upheaval of the coronavirus pandemic has obscured the economic ructions caused by the end of frictionless trade with Britain’s biggest economic partner.

Johnson vowed Monday to unlock the potential of Brexit, unveiling a “Brexit Freedoms” Bill that the government says will slash red tape for British businesses by amending laws that were carried over from the UK’s years as an EU member.

Johnson also plans a diplomatic push to try to ease tensions between Russia and Ukraine. He is expected to speak to Russian President Vladimir Putin by phone later and to visit Ukraine on Tuesday as part of efforts to deter Russia from invading its neighbor.

Some political observers said Gray’s circumscribed and partial report may give Johnson at least a temporary reprieve from calls for his ouster.

“It’s a mess,” said Will Walden, a former Johnson aide. “It’s probably bad for democracy, but inadvertently good for the PM.”