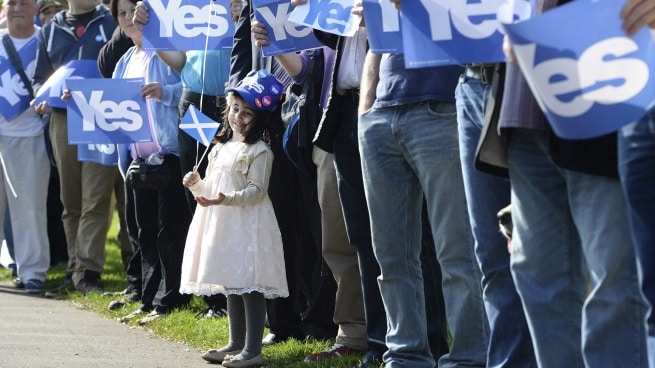 The British Supreme Court announced this Thursday that it would hear in October the Scottish government’s request for a new independence referendum in that part of the United Kingdom.

Scotland’s Chief Minister and Scottish Nationalist Party (SNP) leader, Nicola Sturgeon, seeks to vote on October 19, 2023, amid pressure for a deal with the UK government.

Before enquiring, Sturgeon wants legal certainty that it canAfter Prime Minister Boris Johnson’s government refused to transfer powers to do so to the Edinburgh-based Scottish Home Rule Administration.

The Scottish government, which had already lost an independence referendum eight years ago, wants judges to now decide whether their own MPs can legislate to vote without central government support.

The Supreme Court announced that it would hear arguments from both sides in London on October 11 and 12 before making a decision.

It also gave the Scottish authorities and the British government Till August 9 to submit the documents.

In any case, analysts believe the measure will be overruled by judges, because Only Parliament has the power to vote Which is completely legal and constitutional.

The UK government is firm in its view that “now is not the time” and that such a referendum can only be held once every 30 years.

Scotland has already made Referendum on independence in 2014And supporters of “no” won with 55% of the vote, as they did not want to be left out of the European Union (EU) if it seceded from the United Kingdom, which at the time belonged to the European bloc.

But that situation changed after Brexit, according to the SNP, as the goal now is for Scotland to rejoin the community bloc as an independent state.

In that sense, Sturgeon had clarified weeks ago that she was “ready and ready” to hold talks with London, but that consultations would take place even if consent was not reached.