The program, which will take place from 7.15 pm to 9 pm, will include readings and refreshments.

The Horse and the Girl is a series of 30 connected narrative poems, a dialogue between the ‘Horse and the Girl’, which looks at issues such as relationships, climate change, aging, life, death and change in general . It provides a quirky, poignant look at the world around us with a strong environmental leaning.

The collection is written from the point of view of Madeleine and her relationship with her horse and is based on the coast and marshlands of Thanet.

Last April Madeleine had to move her mare Lucy from St. Nicholas to the shore because of how her farm was set up for homes.

She said: “I put the first poem on my Facebook page last summer. I got a flurry of responses, including one that they could see as the start of a series. Obviously, I… As for the rest of the work, my mare came out in a relatively short amount of time, based on my own experiences with Lucy.

“The voices in The Horse and the Girl tell us to embrace life and the world we live in, with the message that if we notice the little things, we have a better chance of seeing the big picture. “

Published by Canadian/US publisher Crousnest in the early days of COVID, Madeleine’s acclaimed debut novel Mother of Floods has been hailed as a ‘spiritual masterpiece’. She has built on this interrelationship of nature and humanity with The Horse and the Girl and was recently interviewed with Penguin author Kathryn Monroe, looking at collaborative existence and individuality. 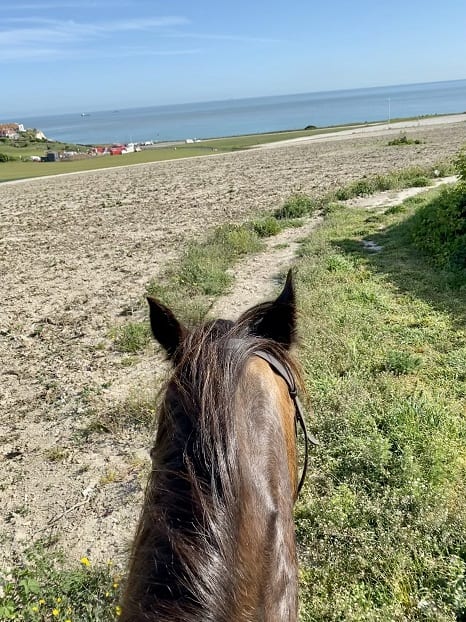 The Horse and the Girl is currently being broadcast on BBC Radio Kent, every Tuesday from 9pm until mid-July. You can listen to the people in the collection at this link: https://bit.ly/people-poem-horse-and-girl

Madeleine published her first novel Mother of Floods in 2020. The book follows the tradition of authors such as Margaret Atwood – The Handmaiden’s Tale – and Paulo Coehlo – The Alchemist – exploring what it means to be human in the 21st century and how people develop cultural, spiritual and digital identities. .

Mum-of-three Madeleine is a former freelance journalist whose first major article was for the Evening Standard in the ’90s, looking at how her family dealt with her father’s bi-polar disorder. This article coincides with the release of the Robert De Niro film, given the theme of Mr. Jones.

The former Clarendon grammar student later turned to teaching and was the brains behind Oi! A magazine created by and for young people and launched with Marlowe Academy. The magazine went national as So! in 2009. She later worked on the Nina-Iraq.com magazine for women in Iraq—launched with the World Bank.

Magazines were all platforms to give voice to underprivileged communities.

The Horse and the Girl is published by Lapwing Publications and costs £10 in paperback and £4 digital.

It is available through publishers and several bookstores up and down the country, including Tales on Market Street in Faversham, Sevenoaks Bookshop in Sevenoaks, Harbor Books in Whatstable, The Margate Bookshop in Margate.

You can also purchase copies directly from the website: https://sites.google.com/a/lapwingpublications.com/lapwing-store/home