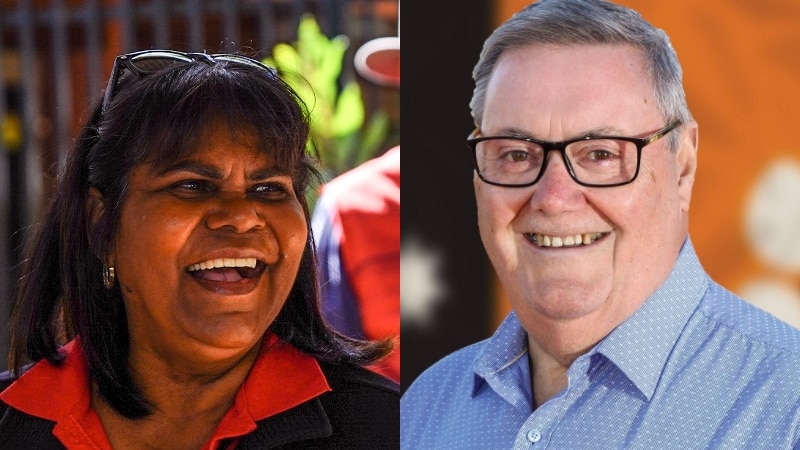 The election result in the bush seat of Lingiari remains on a knife’s edge, as Labor tries to fend off a concerted effort by the Country Liberals to claim the vast Northern Territory electorate for the first time.

The traditionally safe Labor seat was held by veteran MP Warren Snowdon for the past two decades, but his decision to retire ahead of the election gave the Country Liberals the chance to seize it.

When counting ended on Saturday night, Labor candidate Marion Scrymgour was a fraction ahead, with a projected two-candidate preferred vote of 50.9 per cent.

Her CLP rival Damien Ryan was forecast to get 49.1 per cent of the count.

Ms Scrymgour’s wafer-thin buffer is significantly down on Mr Snowdon’s 2019 result, when he won the seat with a 5.5 per cent margin.

“It is still really close and we’ll continue the counting,” Ms Scrymgour told her supporters in Alice Springs.

“But we are in a better position than we all thought we’d be.”

Ms Scrymgour suggested the result may not be known until next week.

In a speech to the CLP faithful in the Red Centre, Damien Ryan also acknowledged the narrow margin.

“At this stage, we don’t know where Lingiari stands,” he said.

“We’ve given a very big fight,” he said.

Lingiari covers 99.99 per cent of the Northern Territory, including the regional hubs of Alice Springs, Katherine and parts of Palmerston, as well as dozens of remote Aboriginal communities.

Mr Snowdon’s 21-year grip on the seat was largely based on his strong performance in remote areas, where he attracted 76 per cent of the vote, compared with about 44 per cent in the more populated centres.

“When we look right across the bush, that’s come home strong for us,” she said.

However, Mr Ryan said the CLP had won the count in the remote community of Gunbalanya.

“I don’t think it’s been done before, so that was stunning,” he said.

Ms Scrymgour, who has cultural ties in the Tiwi Islands and Central Australia, was the first Indigenous woman to be elected to the NT parliament.

She later became the Deputy Chief Minister, which at the time made her the highest ranked Indigenous woman in government in Australia’s history.

Until her preselection, she was the chief executive of the Northern Land Council, which represents traditional owners in the Top End.

Lingiari a focus for major parties during campaign

Mr Ryan is a former mayor of Alice Springs and was the long-term president of the Local Government Association of the Northern Territory.

He previously ran for the CLP in the 2020 NT election, but fell just short of victory in the seat of Araluen.

The battle for Lingiari saw multiple visits from high-ranking members of both parties, including Scott Morrison and Anthony Albanese.

A range of political issues emerged in the electorate during the campaign, with crime a dominant theme in the main population centres, while housing, health and transport were the focus in remote areas.

Some of the Coalition’s promises included: