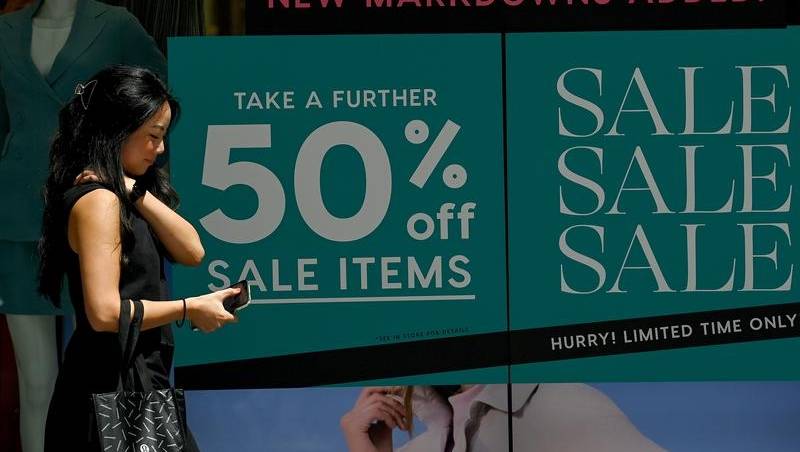 Business confidence bounced back in January as the COVID-19 Omicron outbreak peaked quickly, but the mood among consumers has deteriorated again on the possibility of an interest rate hike this year.

The National Australia Bank business survey for January showed confidence rebounded 15 points to an index of plus three.

“Confidence fell sharply in December as the Omicron variant began to spread, but rebounded in January, reflecting that the outbreak looks to have peaked quickly and lockdowns have been avoided,” NAB chief economist Alan Oster said.

However, disruptions caused by Omicron saw the business conditions index fall by five points in January to plus three index points.

“Still, conditions have remained in positive territory and are nowhere near as bad as we saw during lockdowns imposed in 2020 and 2021,” Mr Oster said.

“While consumers have been cautious, vaccines have provided protection and businesses have also learned to adapt the way they operate through past virus waves.”

The prospect of an interest rate rise by the Reserve Bank of Australia this year has undermined consumer confidence.

The weekly ANZ-Roy Morgan consumer confidence index – a pointer to future household spending – fell 1.9 per cent in the past week to 99.9 points and just below the 100 mark that separates pessimists from optimists.

The fall coincides with the much-publicised commentary from RBA governor Philip Lowe that there was a “plausible scenario” in which the cash rate increases in 2022.

“That is a big shift from Lowe’s previous statements that interest rates may not go up until 2024,” ANZ head of Australian economics David Plank said.

The survey found ‘views on their current financial conditions plunging 7.8 per cent, while future conditions were down 3.5 per cent.

Both sub-indices fell to their lowest levels since late 2020, when the economy was recovering from the second wave of the pandemic.

Western Australia suffered the biggest fall in confidence, dropping 8.1 per cent due to relatively high COVID-19 infections and bushfires in the state.

However, separate data showed early signs that the impact from the Omicron variant on spending could be short-lived after taking a hit in late December and into January.

The Commonwealth Bank household spending intentions index fell 10 per cent to 103.8 in January, with Omicron likely accounting for a meaningful share of this drop.

“It is no surprise that spending intentions fell more than normal in January due to the spread of Omicron, with the biggest declines seen in the retail, entertainment and household services sectors,” CBA chief economist Stephen Halmarick said.

However, the bank’s latest credit and debit card data for the week ending February 4 shows a broad-based pick up in spending growth, suggesting consumer spending likely troughed in early January and has been steadily improving since.