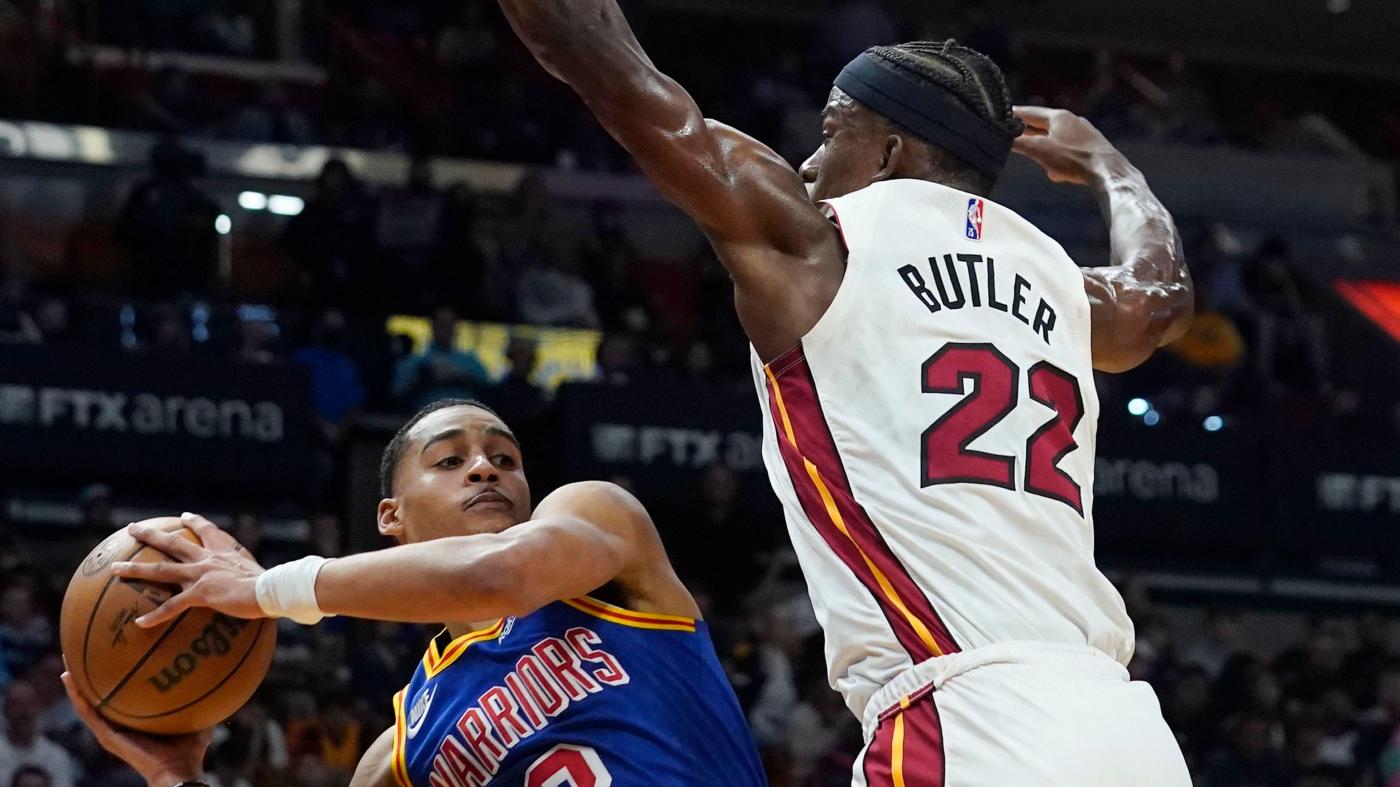 The ugliest moment of the Miami Heat season came early in the second half of Wednesday night’s 118-104 loss at FTX Arena and it had to do with far more than the Golden State Warriors’ 19-0 start to the third quarter.

Amid that surge by the shorthanded Warriors, heat forward Jimmy Butler and Heat captain Udonis Haslem got into an argument so heated that both had to be restrained, as did coach Erik Spoelstra, during a timeout 3:21 into the second half.

“It’s pretty clear we have a very competitive, gnarly group, and we were getting our asses kicked,” Spoelstra said. “Virtually every single person in that huddle was very animated about our disappointment in how we were playing.”

As the Heat rallied and forced an ensuing Golden State timeout, Haslem did not approach the huddle in his typical fashion during the next break, remaining planted on the end of the bench.

“It happens,” Lowry said, “Honestly, it’s not a moment of anything. For us, it’s guys who really want to win basketball games.

From there the Heat rallied, on a night it was surprising a rally was needed, considering the Warriors held out Draymond Green, Klay Thompson, Otto Porter for rest on the second night of a back-to-back set that opened with a Tuesday night road loss to the Orlando Magic. And that was with Warriors guard Stephen Curry already out with a foot injury.

But it wasn’t enough, another bad loss in a bad week.

“We got our butt handed to us two days in a row,” power forward PJ Tucker said.

It was a game similar to the Heat’s Monday night road loss to a Philadelphia 76ers team lacking Joel Embiid and James Harden, with those two also held out for rest.

“Everything has to be better across the board,” Spoelstra said. “It starts with our leadership.”

Amid Wednesday’s mayhem, Lowry led the Heat with 26 points, with Adebayo scoring 25 and Jimmy Butler 20.

“As long as we figure it out,” Lowry said, “that’s all that really matters. As long as we’re together, and we are.”

Tucker declared the incident over as soon as the game was over.

1. Closing time: The Heat took a brief one-point lead early in the fourth quarter, but the Warriors then staged a pushback that moved them to a 96-88 lead with 5:46 to play.

“Teams are playing extremely well against us,” Lowry said.

From there, as with the start of the second half, the Heat imploded, allowing a 37-point Warriors fourth quarter, with Golden State shooting .647 in the period.

2. Wild swing: The Heat went from a 50-50 tie at halftime to down 69-50 at the start of the third period, the 19-0 run Golden State’s longest of the season, including the games when Curry, Thompson and Green had been available.

The Heat then rallied in the wake of the Butler-Haslem incident to within 81-80 going into the fourth quarter.

After scoring 10 in the second period, Lowry scored nine in the third to fuel the Heat comeback.

3. Stepping up: Lowry again was aggressive with his offense, including his 10 points in second quarter when he shot 4 of 4 from the field.

He then settled the Heat in the wake of Haslem-Butler in the third period, with his sixth assist helping the Heat briefly regain the lead at the start of the fourth.

4. Oladipo opportunity: Victor Oladipo’s reverse driving layup with 9:22 left in the second period might have been the most encouraging moment of this latest comeback, a play made with purpose, power and poise.

Oladipo wound up playing 19:55, his longest action in his five-game return from May quadriceps surgery.

“That shows you his conditioning level,” Spoelstra said. “He was able to handle all those moments.”

With Tyler Herro out due to knee soreness, this was a moment when statements were needed from Oladipo, who missed the previous two games due to back spasms.

Oladipo closed 3 of 11 from the field for seven points, with two rebounds and no assists, the Heat outscored by 15 when he was on the court.

Oladipo’s initial stint lasted 10:21, the longest stint of his return.

From there, Butler settled into more of his typical attacking style.