Netflix’s controversial reality series Byron Baes finally premiered this week, and one of the biggest storylines of the season has revolved around Gold Coast influencer Jade Kevin Foster.

With 1.2million Instagram followers, the 29-year-old has billed himself as ‘Australia’s biggest male influencer’, but the authenticity of his massive following has come into question.

Social media talent agent Alex Reid quickly became suspicious of Jade’s following right after they met on the show, which led him to do a deeper dive on Jade’s account. 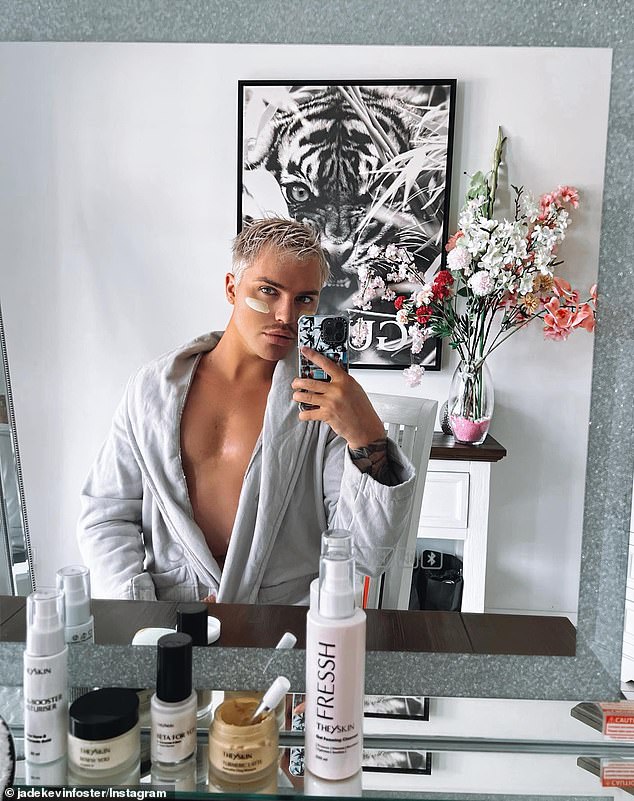 Fake it till you make it? Byron Baes star Jade Kevin Foster (pictured) claims to be ‘Australia’s biggest male influencer’, but the authenticity of his following has come into question

‘When it comes to social media, I know what I’m talking about,’ Alex told producers.

‘And Jade’s content doesn’t really align with someone who’d have a huge following.’

While investigating, Alex discovered that Jade had a whopping 451,000 followers from Turkey alone.

Furthermore, Jade also had more followers from India and Iran than he did from his own country, Australia. 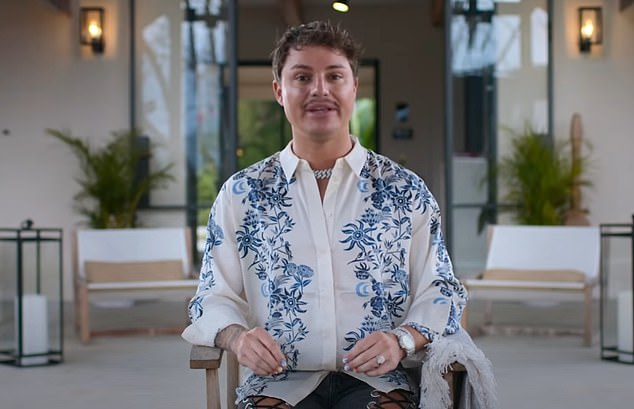 Juicy: The authenticity of Jade’s Instagram following has become a huge storyline on Netflix’s Byron Baes this season

‘His top followers, where he has the most audience is in Turkey,’ Alex said.

‘The other suspicious one is Iran. When you buy audience, it’s from places like Turkey and Iran and India. They’re where you get fake audience from.’

When confronted by Alex about the authenticity of his followers, Jade boldly claimed that his world travels had earned him thousands of fans in Turkey.

‘If you’d done your research into me properly, you’d realise that I’ve traveled the whole world and I’ve worked my f***ing a** off to get to where I am,’ Jade snapped. 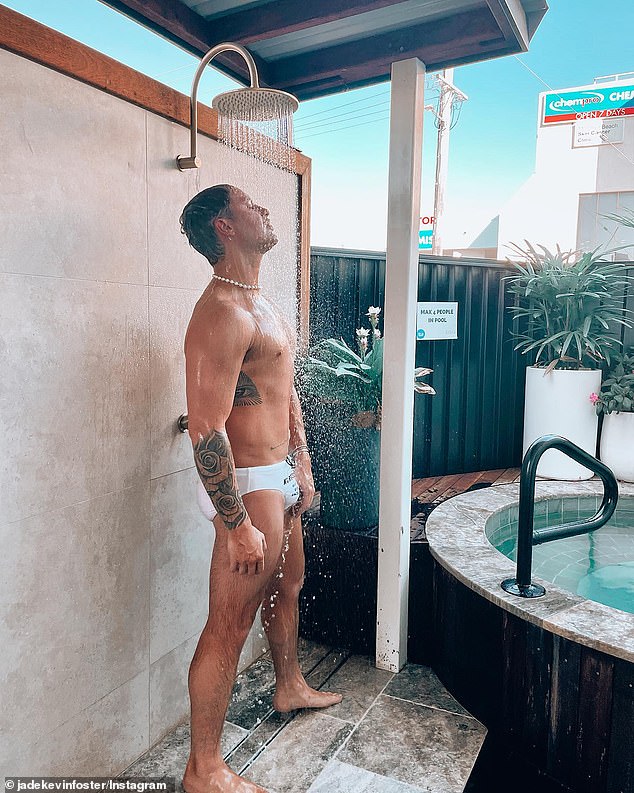 Global? Despite being from the Gold Coast, the majority of Jade’s 1.2million followers are from Turkey, India, and Iran 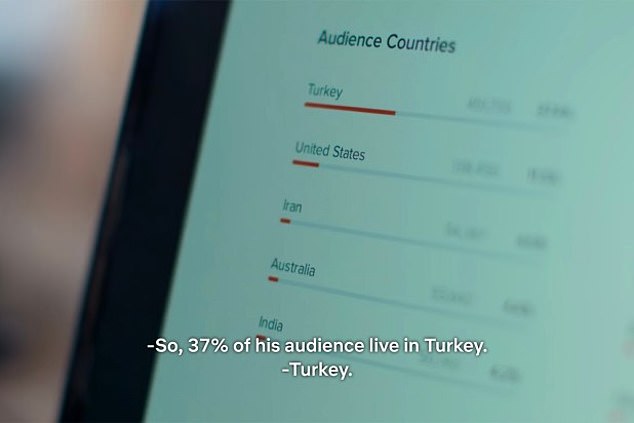 Interestingly, in a media kit that Jade sent out in 2018, his audience demographics stated that his biggest audience was from the United States, followed by Australia and New Zealand – with no mention of Turkey, Iran, or India.

The kit also stated that he had 1.1million followers at the time, meaning that more than half of his audience would have to have drastically changed between 2018 and 2021, when Byron Baes was filmed. 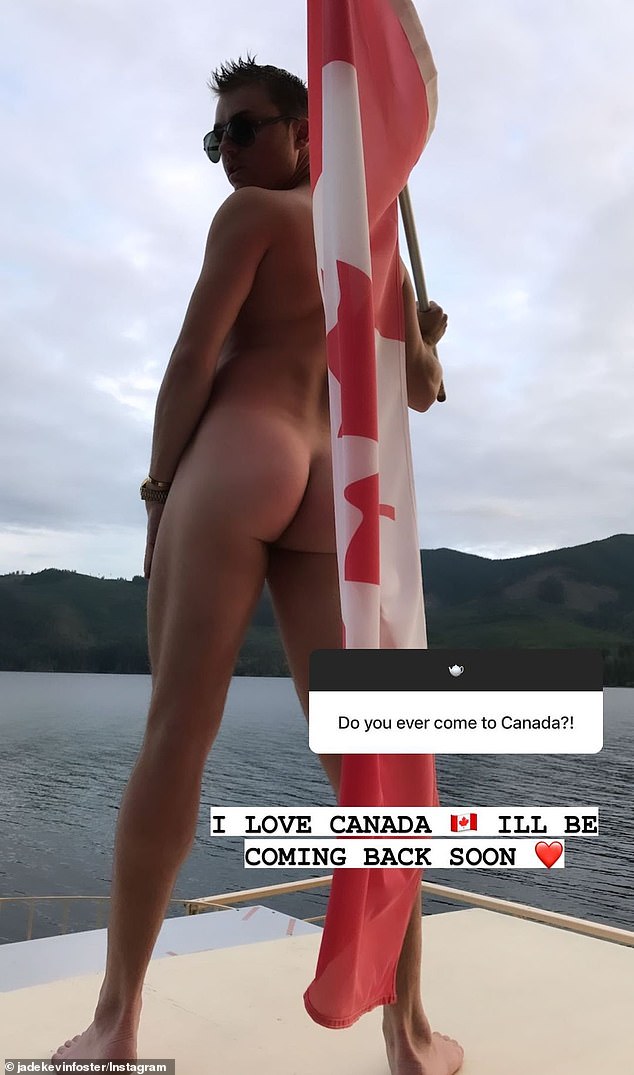 ‘I’ve traveled the whole world!’ Jade claimed that he had followers from Turkey because he travels the globe often and has earned a fanbase in different countries

According to the website, Jade suddenly gained over 1.3million followers in the month of December, 2020.

He then lost roughly the same amount the month after that.

He currently has 88,000 followers on Twitter again, but barely seems to tweet anything, and the few tweets he has show very little engagement, with an average of three to fifteen ‘likes’ each. 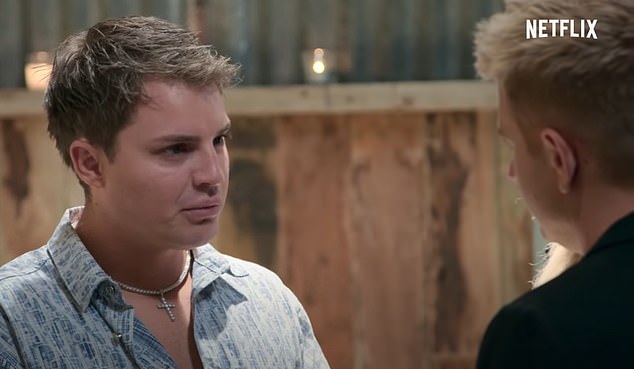 Hit a nerve? ‘I’ve worked my f***ing a** off to get to where I am!’ Jade became enraged when questioned by Alex about his following on Byron Baes (pictured together)

The Decider also did an independent investigation into Jade’s Instagram followers, and discovered that many things about his account didn’t add up.

The publication compared Jade’s account to other Australian influencers with similar sizable followings, like beauty creators Lauren Curtis and Chloe Morello, to see how they stack up against each other on Google Trends.

While Lauren and Chloe’s Google Trends analytics showed that there was a lot of interest in them, searches for Jade were virtually non-existent with the exception of the occasional spike here and there. 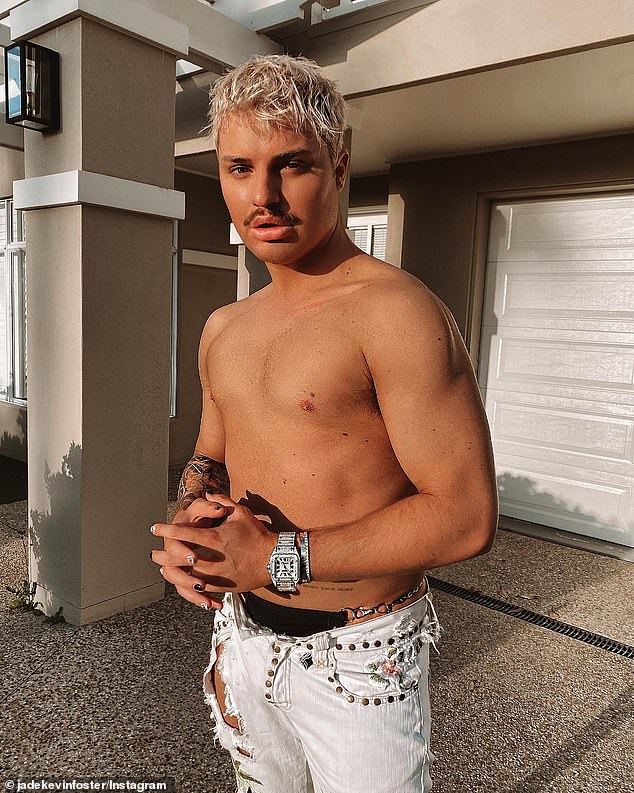 What’s the truth? Jade previously claimed in a media kit that he sent out to brands and businesses in 2018 that most of his followers were from America and Australia, not Turkey

‘Surely if Jade has a massive fanbase, that would be reflected in Google Trends,’ The Decider said.

‘Interest in influencers extends outside of Instagram — and also a lot of people probably get to Jade’s Instagram by searching for “jade kevin foster”.

‘The weird thing is, Jade hypes himself up during his clapback to Alex, going in on how hard he’s worked to build his brand and his audience, etc. etc. But as of publication… Jade’s posted 4 times in 2022,’ they continued.

‘By comparison, Curtis has posted 9 times and Morello has posted 24 times. And if you look back to 2021, Jade posted 12 times to his grid. That’s roughly one Instagram post a month!’ 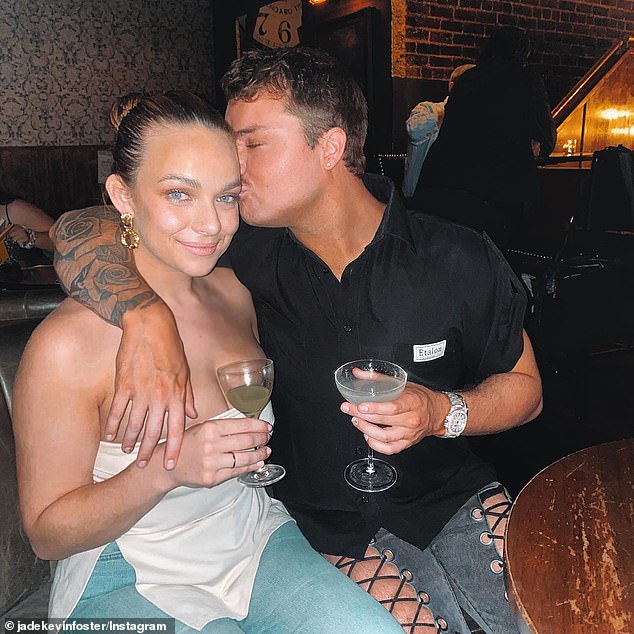 Friends in high places! The 29-year-old is known to mingle with other Aussie influencers, including Abbie Chatfield (pictured together) 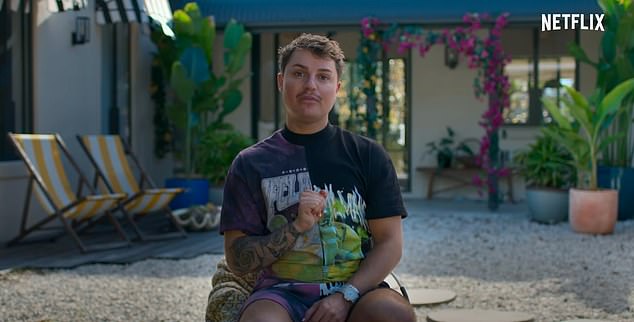 ‘My followers are my best friends’: Jade claimed on Byron Bay that his big following was thanks to a photo he took with Kim Kardashian years ago

During an episode of Byron Baes, Jade claimed that he earned his following after Kim Kardashian shared a photo of them together on her account years ago.

‘For ten years now, I’ve had my phone every single second of my life doing everything for my fans and my followers,’ he said.

Daily Mail Australia has reached out to both Netflix Australia and Jade’s management for comment.

Byron Baes follows the lives of 14 influencers who help each other grow their businesses, connections and social followings in the idyllic Australian beach town of Byron Bay. It’s currently streaming globally on Netflix. 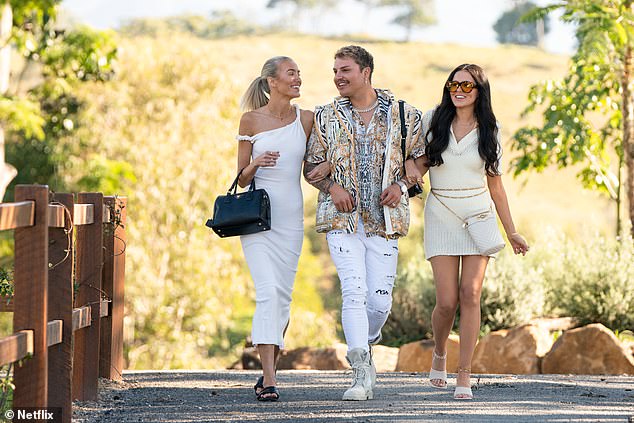