California: A winter storm has hit the Sierra Nevada 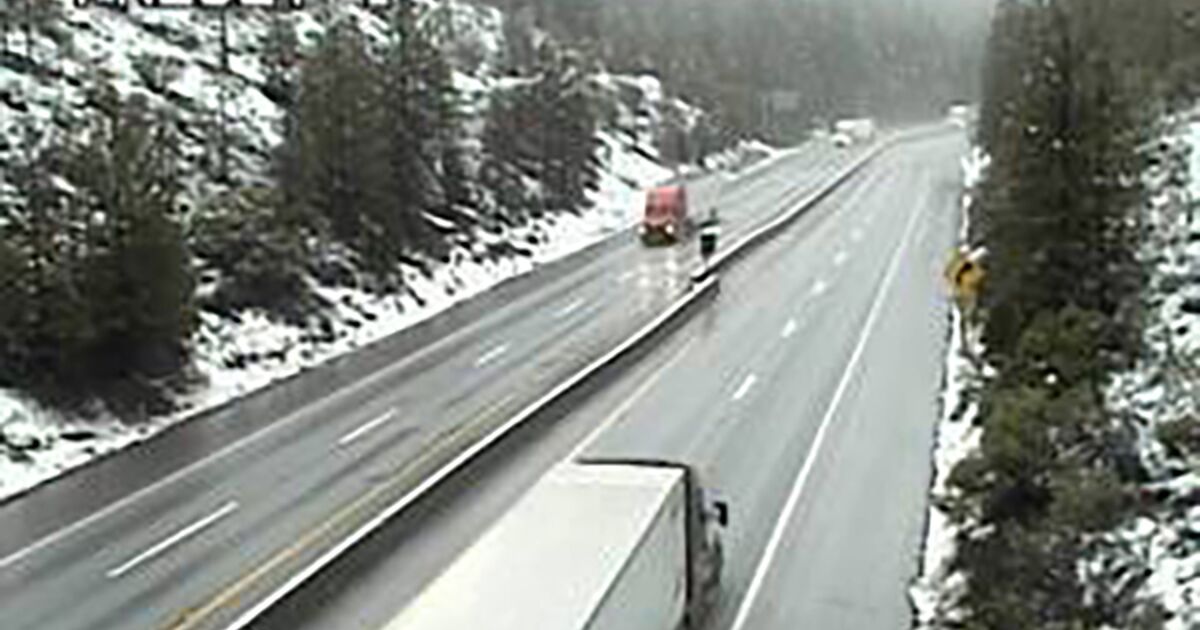 A winter storm in the Sierra Nevada knocked out ski lifts and forced the closure of mountain roads, while rain in low-lying areas prompted flood warnings to be issued across wide areas from California to Nevada.

More than 250 miles (400 kilometers) of the Sierra, from north of Reno south to Yosemite National Park, remained under winter storm warnings that will be in effect through Sunday night or Monday morning.

Heavenly Ski Resort in Lake Tahoe suspended some of its operations on Saturday when the storm hit. He posted video of the chairlift swinging violently due to wind gusts of over 100 mph (161 kph), and issued a tweet reminding riders that wind shutdowns “are always for your safety.” for”.

To the south, Mammoth Mountain Ski Resort reported more than 20 inches (51 cm) of snow fell on Saturday, with 2 feet (60 cm) possible as the tail of the system moves into the Sierra Eastern Nevada.

The Central Sierra Snow Laboratory at the University of California, Berkeley campus in Soda Springs, California reported on Sunday morning that more than 43 inches (110 cm) had fallen in a 48-hour period.

A 70-mile (112-kilometer) stretch of eastbound Interstate 80 was closed Saturday from the northern California city of Colfax to the Nevada state line “due to zero visibility,” according to transportation officials. Chains were required on the rest of Interstate 80 and other mountain routes from Reno to Sacramento.

The Highway Patrol said heavy snowfall caused the closure of several other important highways, including a portion of California Highway 89 between Tahoe City and South Lake Tahoe.

The US Forest Service issued an avalanche warning for an area of ​​mountains west of Lake Tahoe, saying “several inches of new snow and high winds will create dangerous avalanche conditions.”

Trees fell on homes in Sonoma County, north of San Francisco, on Saturday with gusts of up to 50 mph (80 km/h), reaching 100 mph (160 km/h) on mountain tops. Sierra Nevada on Sunday, the National Weather Service reported.

Heavy rain was predicted over the weekend from San Francisco to the top of the mountains, with up to 2 inches (5 cm) in the Bay Area and up to 5 inches (13 cm) in Grasse Valley, northeast of Sacramento.

Additional advisories were in effect throughout Southern California. The heavy rain caused flash flooding at specific sites in the Los Angeles metropolitan area.

“Significant travel delays are possible due to accumulation of snow on several mountain roads. This could include Badger Pass and the Grapevine area of ​​Interstate 5,” the National Weather Service’s Los Angeles metropolitan area office said in a statement.

Arizona forecasters issued a winter storm watch for the northern and central parts of the state starting Sunday night for areas above 5,000 feet (1,525 meters), including Flagstaff, Prescott and the Grand Canyon, where freezing temperatures and 30 centimeters of snow are expected. (a foot) of snow is expected.

As the storm moves out of the western United States, it will cross the country and hit the plains by mid-week, bringing significant rain and below-average temperatures, said Mark Chenard, National Weather Service meteorologist in College Park. Maryland.

“It’s going to be a busy week as this system moves across the country,” Chenard said Sunday.