California emergency due to the largest active US wildfire | Times Indonesia 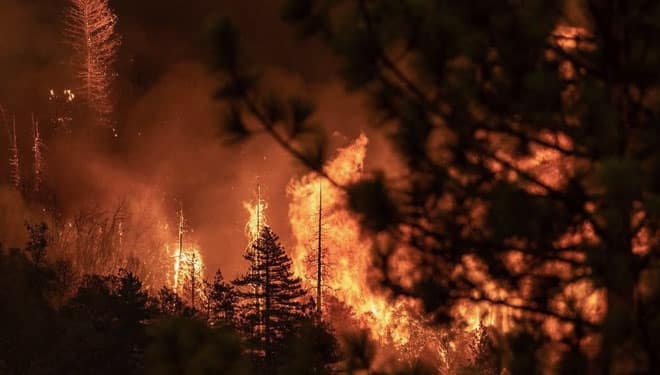 TimesIndonesia, Jakarta California is a state of emergency in parts of the United States following the largest active wildfire that is rapidly approaching Yosemite National Park.

The oak fire has been raging since Friday, and firefighters are still struggling to contain the blaze.

“The behavior of this fire was explosive, challenging firefighters,” California firefighters said.

More than 6,000 people were evacuated and 10 homes were destroyed after the fire broke out. The state of emergency, which has been declared in Mariposa County, allows the state to request some federal aid to combat the fire.

According to the BBC report, at least 400 firefighters and four helicopters were deployed to douse the fire.

CalFire spokeswoman Natasha Fouts said officials did not expect the fire to be under control until next week.

A fast-moving fire ripped through the foothills of the Sierra Nevada west of Yosemite National Park, burning at least 10 buildings, forcing several thousand people from their homes and threatening many in the mountainous region.

Read Also:  Some US Landlords Finding Ways to Evict After Getting Rental Aid

The Oak Fire, which began near the midpines on Friday and spread to 11,900 acres Saturday night, marked an inauspicious start to the state’s peak fire season.

It is projected that these fires will become increasingly dangerous due to a combination of drought, climate change and overgrowth of vegetation, increasing the likelihood of early onset and rapid spread of fires.

It comes as much of the world is in the grip of extreme heat, with record-breaking temperatures raging across Europe and warnings being put out across much of the United States and China.

“The forces on the ground are facing a very difficult situation to deal with,” said Kim Zagaris, former state fire and rescue chief for the California Governor’s Office of Emergency Services, who is now an advisor to the assistant chief of Western act as.” fire Department.

“Mother Earth has given us a lot. In this day and age, not only us, but the aviation and wildlife communities around the world are running low on resources,” Zagris said.

The fire is one of a series of fires in the region in recent weeks.

About seven miles to the southwest, the Agua fire burned 421 acres and destroyed three buildings after sparks from Monday’s vehicle crash.

About 17 miles to the east, firefighters also reported a 79% prevention of the Washburn fire, which burns in Yosemite National Park, has threatened a vast sequoia forest and scorched 4,856 acres since July 7.

But the oak fire quickly eclipsed the fire, which sent pyrocumulus clouds so large that they could be seen from space and dark skies with smoke for hundreds of miles, prompting air quality warnings as far as Barstow and Victor Valley. was given. The reason is still under investigation.

Advertising should add value and not be disruptive, says head of Accenture Song