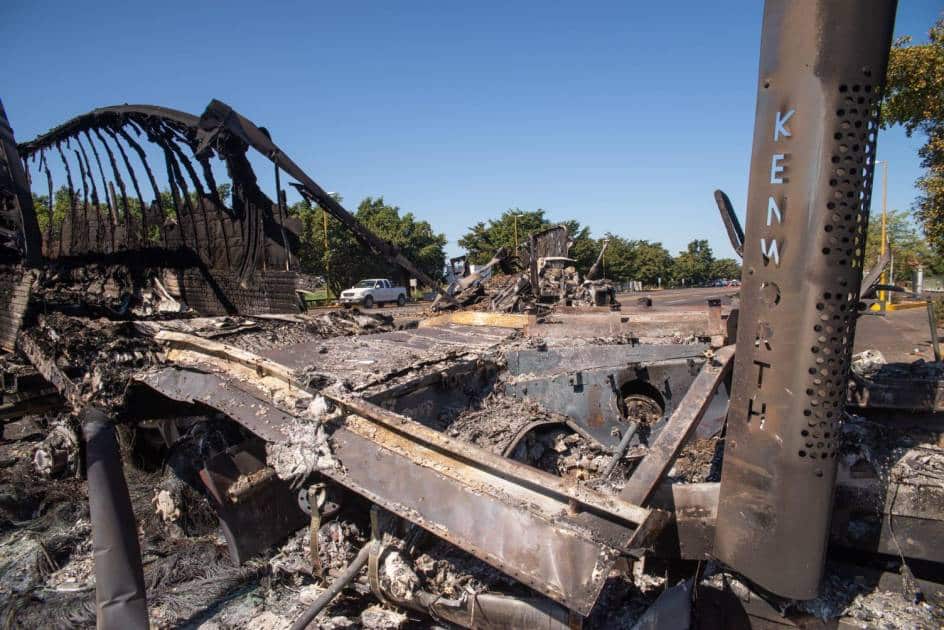 For 20 years, Diana’s family has been traveling by road from San Diego, California to Guanajuato to spend the holidays with loved ones. He has traveled that journey in his 17 years of life.

On Wednesday night they reached Culiacan to sleep so that Diana’s father could rest, and at 05:00 they were on the road to continue on their way, but they did not succeed.

He was in the Costa Rica booth when he heard two shots fired.

“A guy, because we didn’t know they had been shot, until a guy came over and knocked on the car door and told us ‘Don’t get out because they already shot one of us in the back. ‘ and then we turned to look and there was nobody there, but yeah we saw the trailer was crossed and we said ‘that must be it'”, Diana recounted.

Ten minutes later, a group of armed civilians arrived, opened the doors of the trailer, and set it on fire.

“And they start moving trailers to block the entrance so nobody enters, and then they start puncturing their tires with bullets,” he recalled.

After this the armed group left.

“We thought we were already safe and there were no drug traffickers, everything was free,” he said.

At 06:00 the civilians withdrew. In that sequence, Diana’s father approached a man who was on a motorcycle and asked him if they could go, but this did not happen, and after 30 minutes the armed group greeted the man who was on the motorcycle, And then he told her he pointed a small weapon at the family to get them out of the vehicle.

“When he targeted us, it was when the drug traffickers opened the doors and machine gunned us down, and they were targeting us, they gunned us down, they didn’t give us a chance to do anything Nothing, nothing, they took everything,” he said.

“And my dad was protesting and he pulled her over, he told her ‘come on, come on here, get out.'”

The keys were not found after a lot of effort, but after some time the key was found.

“He started the car and went full speed, we couldn’t find anything,” Diana said.

After their vehicle was stolen, they filed a theft report and spoke with members of the National Guard who were in the area.

In the 20 years he has traveled the highways from Sinaloa to California, this is the first time he has experienced such a great deal of insecurity.

“We’re all fine, thank God, they didn’t hurt us at all, nothing, they just took the car, passport, money, everything we needed, they didn’t leave us with anything.”