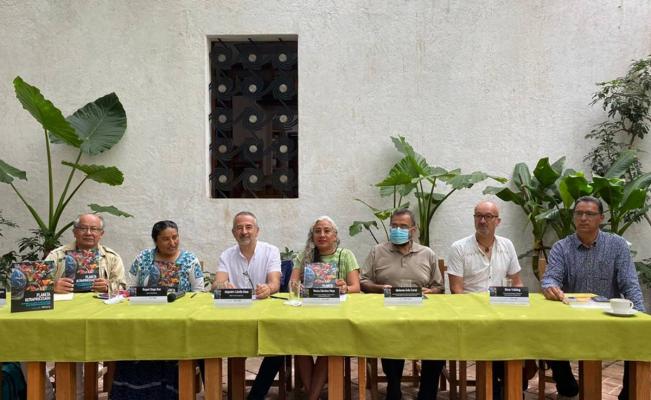 Oaxaca de Juarez.- The Coalition for Food Health and Parliamentary Dialogue and Union for Equality Launched the campaign “Take care of your health, take care of the planet”, with which they want to ensure that citizens have a healthier and more sustainable diet to benefit the health of the population and the planet.

Felipe Sanchez RodriguezRepresentative Help Center for Education and Creativity CalpulliHe said that with this campaign it would be possible to influence public policy, but his voice would be stronger and more heard in the society.

“The work we do at Kalpuli has taken care of the school environment, where the consumption of junk food is avoided and consequently this type of waste is not generated. In addition, our dining room is focused on preparing healthy, nutritious, balanced meals, consolidating the knowledge that we have from the community,” he said.

The campaign says the scientific evidence is overwhelming to show that Ultra-processed consumption It increases the risk of obesity, diabetes, cardiovascular diseases and premature mortality.

For this reason, it establishes that it is imperative to guarantee compliance. Law of the Rights of Girls, Boys and AdolescentsWhose entry in 2020 made Oaxaca the first entity to prohibit the sale of ultra-processed products to minors.

However, it recognizes that the law is a “dead letter” as there is no public policy that guarantees its compliance because business interests come first.

read more, On the eve of Father’s Day, food giveaways are displayed on a cloth in Oaxaca

Another objective is to promote the consumption of traditional Oaxacan foods, with an emphasis on indigenous communities, who “displace traditional foods for the captive, over-processed ones.”

“Similarly, it is extremely important to guarantee sources of hydration with safe and clean drinking water to avoid the use of plastics and derivatives in food packaging.”

The campaign will last for three months and will involve putting up three hoardings, and its image will be circulated in 10 urban transport units, it will be broadcast in radio spots and in K profiles. Facebook You youtube of the group of organizations that make up the project Oaxaca Without Scraps,

In addition, he expects that the new six-year term at this unit, beginning in December, can take the damages derived from the consumption of ultra-processed products as a priority agenda, and that the campaign, with a focus on the law, Guarantees and actions will affect public policy.