Canada, a luxury guest at the 18th edition of La Mar de Musicas 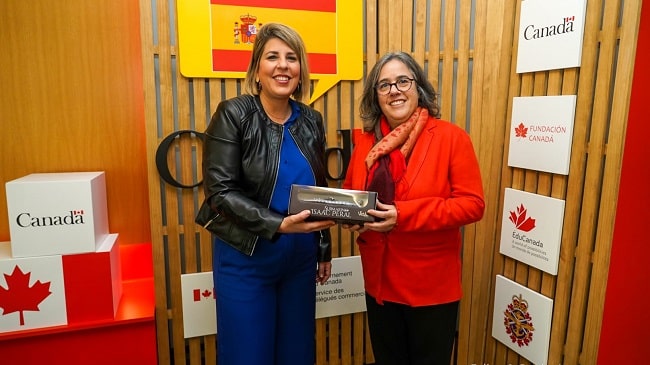 The Sea of ​​Music in Cartagena will have Canada as the guest country. a multicultural country which is a worldwide reference for its Support for culture in general and for musical artists in particular. The festival, which is celebrating its 28th edition this year, will be held from July 14 to 22 and will announce its full schedule at the end of March.

The announcement was made jointly by Cartagena’s mayor, Noelia Arroyo, and Canada’s ambassador to Spain, Wendy Drukier, at a meeting they both held at the headquarters. Embassy of Canada in Madridwhere he was accompanied by Councilor for Tourism Cristina Perez and Political Advisor to the Canadian Embassy Christopher Berzins,

“Canada made a pioneering decision in the world in 1971: the adoption of multiculturalism as state policy. More than 45 years later, cultural diversity It is one of the hallmarks of the North American country. A cultural diversity that we show to our public every year at La Mar de Musicas, so we could not have found a better travel companion” commented Noelia Arroyo, Mayor of Cartagena.

“Canadian multiculturalism focuses on the integration of cultures brought to Canada by immigrants from its origins. Its roots reach from all corners of the globe. More than 200 languages ​​are spoken in Canada. Its cultural fabric is vibrant and diverse, stitched together by many cultures and heritages. Its indigenous, colonial influences and those that brought migrants from other origins, we are going to show in Cartagena ”said Arroyo.

“Our festival will feature groups that come from Canada, whether it looks like they’re from Africa, Latin America, or some other part of the world. That’s the greatness of it and that’s how we’re going to reveal it, At a time when discourses of xenophobia are on the rise, Canada is an example of integration and respect for each other’s culture”, Arroyo concluded.