Canada disturbs the peace in the Buenos Aires area 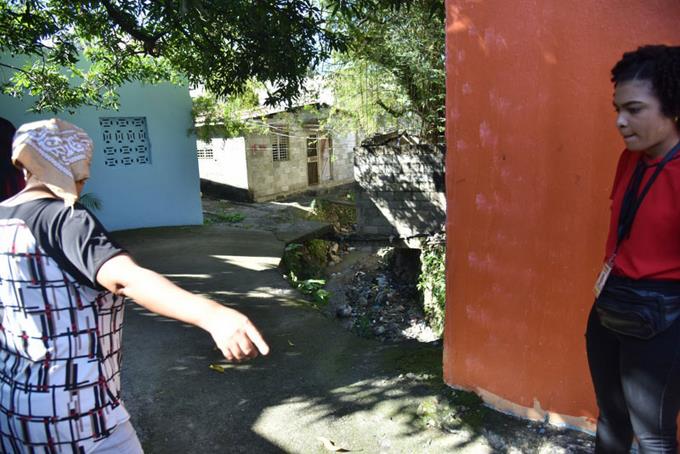 Residents of Santo Domingo Oeste, Buenos Aires de Herrera Sector, are desperate and worried, as a ravine near their homes threatens people’s health.

During the field visit, this medium’s reporters spoke to various affected people who expressed their dissatisfaction over the problem affecting their quality of life, especially their health, over the years.

The ravine passes right next to the house of Nurís Mejía, who lamented that the gorge is filled to the brim with solid waste, carried away by streams of water that run along the edges of sidewalks and, in part, by the resident, who, according to the woman, litter.

Mejia said, “The water enters me through the bathroom and she enters through the door and her brother, who lives next door to my house, also enters the bathroom because when the waste stagnates , then the water doesn’t go anywhere.”

He also indicated that “it becomes more complicated when it rains,” because waste from other places is dragged into the Buenos Aires Valley.

Open, stinking, clogged with garbage and vermin, how is this broad channel to be imagined that bothers dozens of locals who, since July last year, have been demanding a solution from the Santo Domingo Oeste city hall officials.

“We went to the town hall and they gave us a number so we could send pictures and they said they would help us,” explained Lislice González, one of the affected who lives a few meters from the ravine.

Similarly, he said that the authorities concerned sent only one truck to collect the garbage, however, he did not receive any response or indication of interest.

Mariano Rodríguez, who lives in the sector and works as a blacksmith, announced that they have been trying to find a solution for years, but have not received the support they expected.