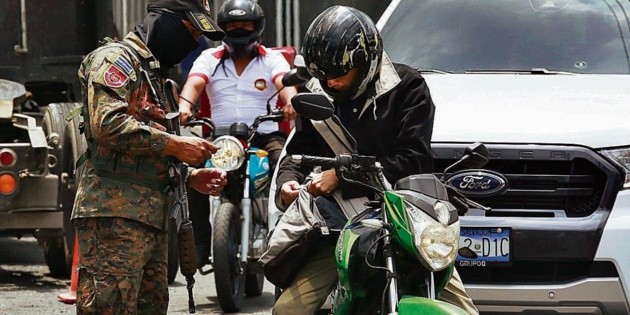 The Canadian government issued an alert for travelers who decide to travel to El Salvador due to the high level of violent crimes registered by the country, despite the exception rule being in place from March 2022.

On December 29, Canadian officials updated the official government page to classify destinations according to their level of security.

In the case of El Salvador, travelers were advised to “exercise a high level of caution due to the high rate of violent crime”, which is equivalent to a level two security alert, which is the safest.

The decision to place El Salvador at security level two was made despite the fact that since March 27, 2022, El Salvador maintains a regime of exception to three constitutional rights, as recognized by the same site.

He warned that these measures suspended constitutional rights such as freedom of assembly, inviolability of telecommunications, limits on administrative detention and the right of defense. “Foreigners, including Canadian citizens, are subject to these emergency measures,” he says.

In the case of visiting El Salvador, the Canadian government has warned that travelers will face “an expanded presence of security forces at all times, including in streets, public and residential spaces”.

Thus, Recommend limiting activities at night and informing family and friends of the traveler’s location, In addition, they ask visitors to monitor the media and follow the instructions of the Salvadoran authorities to stay informed.

He says, “Crime is a serious problem across the country. Violent crimes do happen, and they include murder, assault, rape and armed robbery.”

Cities listed as at-risk by Canadian authorities are located in the San Salvador Metropolitan Area (AMSS), San Miguel and Santa Ana; Although “in smaller towns and rural areas, violent incidents are also recorded,” he says.

“We had a bitter Christmas”: inmate dies at Sonsonate hospital