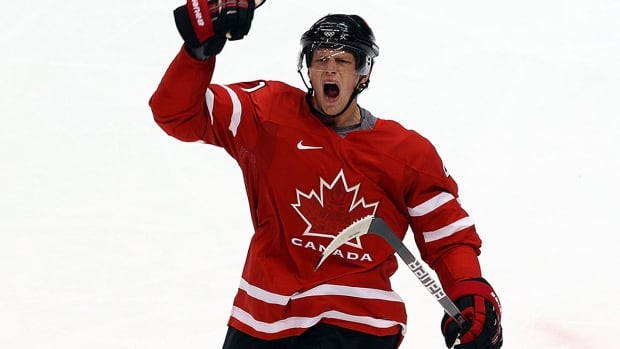 With a strong performance, the 37-year-old might find a way back to the NHL, which pulled its players from the Olympics in December due to the disruption in the regular-season schedule as a result of rising COVID-19 cases through the league.

Staal, who had a goal and six points in seven games in the 2010 Olympic tourney, is a likely candidate to serve as captain for Team Canada, which announced its 25-player roster on Tuesday.

The free agent has been working himself into game shape on a professional tryout with the American Hockey League’s Iowa Wild after helping Montreal to the Stanley Cup final last summer in his 17th NHL campaign. Staal played almost 1,400 games in the NHL and won the 2006 Stanley Cup with the Carolina Hurricanes.

Rob Pizzo breaks down the roster that will wear the maple leaf in Beijing. 3:19

Fans got a glimpse of first-time Olympians and NHL prospects Mason McTavish and Owen Power at the world junior championship in Edmonton and Red Deer, Alta., before it was canceled in December after four days because of a continued forfeiture of games due to COVID -19.

McTavish, who turns 19 on Jan. 30, is the youngest on the Olympic roster and lone Canadian Hockey League player. The No. 3 overall pick in the 2021 NHL draft appeared in nine games with the Anaheim Ducks earlier this season.

Read Also:  Alberta RCMP kidnapped by his father in search of child. Globalnews.ca

Power, a six-foot-six defenseman taken No. 1 overall last year by the Buffalo Sabres, is in his second season at the University of Michigan. One of four players on the Olympic team under the age of 23, the 19-year-old became the first Canadian blue-liner to score a hat trick with three goals in the team’s world junior opener against Czechia.

In goal, Canada chose Devon Levi of Quebec, who boasts a 1.55 goals-against average and .948 save percentage in 24 games this season with Boston’s Northeastern University in the NCAA.

The 20-year-old was a seventh-round selection by the Florida Panthers in 2020 and emerged as the starter for Canada at the 2021 world juniors.

Did you know that the first time ice hockey ever appeared at the Olympics was during the Summer Games? Or that in the 1950s, for a brief period, the sport was dropped from the Olympics? This episode of CBC Sports Explains takes you through the history of men’s ice hockey at the Olympics. 9:39

Toronto’s Edward Pasquale and Edmonton’s Matt Tomkins are the other netminders. Pasquale played eight seasons in the AHL and has spent the past two-plus seasons in Russia’s Continental Hockey League. Tomkins, who has AHL and ECHL experience, is in his first season with Frolunda in the Swedish Hockey League.

Canada did not skew as young as the United States, which has 11 players under 23. Russia, Finland and other medal contenders went with mostly veteran rosters and stayed away from players in their early 20s.

Along with O’Dell, Maxim Noreau and Mat Robinson are back from the 2018 team that won an Olympic bronze medal without NHL players in Pyeongchang, South Korea, defeating the Czech Republic 6-4.

“We are going there to win a gold medal,” Hockey Canada president Tom Renney said Tuesday in a recorded message. “That is our job.”

In the 2018 gold-medal game, Canadians grabbed an early 3-1 lead and survived a six-goal roller-coaster third period, with Andrew Ebbett and Chris Kelly leading the attack with two goals apiece.