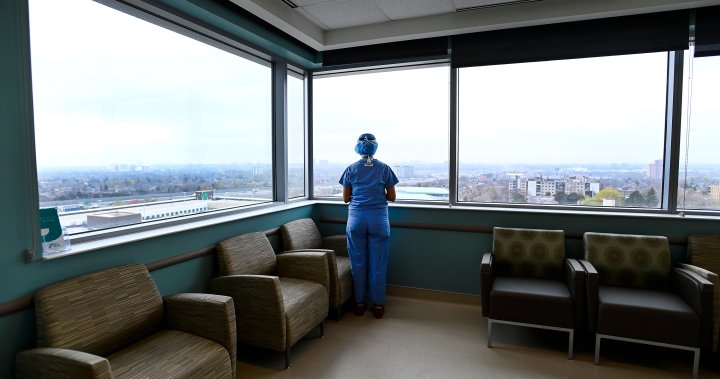 Tam said Canada reported an average of 5,000 new COVID-19 cases per day over the past week – a 45 percent increase from the week before.

“We must continue to do what we know has worked, but do it with greater speed, alertness and perseverance, incorporating all the improvements that have been achieved over the past two years,” he told reporters.

Omicron FAQ: Everything you need to know about the COVID-19 variant

Beyond COVID cases alone, Canada has also tracked an increase in Omicron type cases. Tam confirmed that 350 cases of the new strain have been identified in 11 provinces and territories collectively. An increasing number of these cases are not linked to travel, she warned, meaning “community transmission has been established in many areas of the country.”

“Cases of Omicron have been reported in both vaccinated and unvaccinated people as well as already infected people,” Tam said.

“However, it is important to emphasize that a thorough vaccination and then receiving a booster, whether Pfizer or Moderna, is expected to provide an appropriate level of protection against infection and potentially strong protection against serious disease.”

COVID-19: Canada’s top doctor says ‘we shouldn’t be dismissed’ in terms of seriousness of case – December 17, 2021

As of Thursday, there were more than 43,000 active COVID cases across Canada. The federal government’s most recent hospitalization figures are from Monday, when at least 1,000 people were admitted to Canadian hospitals with COVID-19, including 453 in the intensive care unit (ICU) and 229 on respirators .

On Thursday, 19 people died of COVID-19 in Canada.

While spikes in infections are being seen across the country, including Manitoba and New Brunswick, Canada’s largest provinces are seeing some of the biggest increases in cases. Here’s the latest:

Ontario accounts for a significant portion of the country’s COVID-19 cases – especially when it comes to the new Omicron variant. The number of cases reported in the province on Thursday increased by 29 percent from the day before.

Ontario on Wednesday reintroduced capacity limits for some indoor venues, capping capacity at 50 percent for places holding 1,000 or more people. Those rules go into effect on Saturday at 12:01 p.m. ET.

On Friday afternoon, the government announced even tighter restrictions that will go into effect Sunday at 12:01 p.m. ET.

Ford also imposed a 50 percent capacity limit on all bars and restaurants, as well as rules for dancing and closing at 11 a.m. ET.

British Columbia is another province grappling with a rapid rise in COVID-19 cases. On Wednesday, the province reported 584 new cases – the highest number since November 4.

admitted to hospital: 184, with 70 in critical care

The province will be following in Ontario’s footsteps as of Monday, when they are bringing in a nearly 50 percent capacity limit for places holding 1,000 or more people. The BC government also announced on Friday that no amateur sporting tournaments could be held over the Christmas period, and canceled all New Year’s Eve parties.

The health ministry also said that indoor gatherings, including rental or vacation properties, are being limited to one household, plus 10 guests, and everyone should be vaccinated.

The BC Vaccine Card program must be used at all events, and people will not be allowed to move between tables in restaurants.

admitted to hospital: 352, with 70 in intensive care

Unlike other provinces, which have been tightening restrictions in recent days, Alberta this week moved to loosen its COVID public safety measures. The province capped the number of people who could gather indoors at 10, but did not limit the number of households who could attend those gatherings.

In addition, children under the age of 17 do not count in the 10-person limit, Alberta Premier Jason Kenney said Wednesday.

Quebec rivals Ontario for the most COVID-19 cases in the country. The province is also seeing a surge in new variant cases, with hundreds of estimated Omicron cases awaiting final confirmation.

admitted to hospital: 312, with 62 in intensive care

In response to skyrocketing cases, Quebec announced a number of new restrictions on Thursday. Stores, bars, restaurants, amphitheatres, movie theaters and gyms are going to be limited to 50 percent capacity by Monday. With orders not exceeding 250 people, the capacity of places of worship will also be halved.

Vaccine passports will also be required in churches and other places of worship going forward. Only funerals and weddings, which are attended by up to 25 people, can be held without vaccine passport requirements.

High-risk activities such as office Christmas parties, karaoke and dancing will be banned from December 20. In addition, indoor private gatherings will be limited to 10 people, down from the 20 people previously announced for the holidays.

*Reported in the last seven days

Election 2023. Mexicans living abroad will be able to vote in person

Denmark ends most virus restrictions, as Sweden extends them

Dems’ inner plans are popular, but voter reward is uncertain