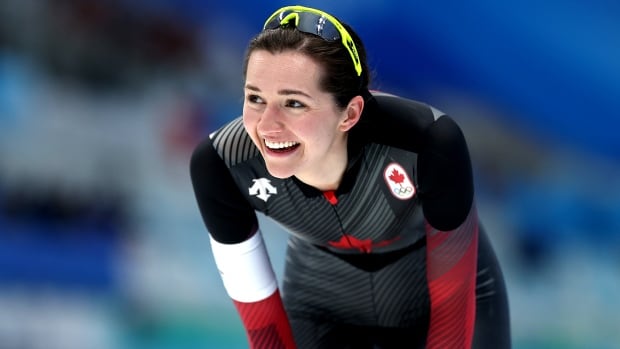 The tall, powerful athlete from Ottawa turned a six-minute 48.18-second performance into silver in the women’s 5,000 meters on Thursday night after earning long track bronze in the 3,000 at the Ice Ribbon oval last Saturday.

Weidemann fell 1.37 seconds shy of her national record, which she lowered to 6:46.81 at the Canadian long track championships four months ago in Calgary.

Four years ago, the 26-year-old was seventh in the 5,000 and sixth in the 3,000 four years ago at the PyeongChang Olympics in South Korea.

Irene Schouten of the Netherlands crossed the line in an Olympic record 6:43.51 on Thursday, shattering German Claudia Pechstein’s 6:46.91 set at altitude 20 years ago in Salt Lake City.

Schouten joins a select group as the sixth woman to win both the 3,000 and 5,000 races at the same Winter Olympics.

Martina Sablikova of the Czech Republic, who accomplished the feat in Vancouver 12 years ago, went 6:50.09 for a bronze medal in Thursday’s competition.

WHAT A SKATE FOR ISABELLE WEIDEMANN

The Canadian puts down a time of 6:48.18 in the 5000m and is guaranteed her second Olympic medal of #Beijing2022 pic.twitter.com/WVt3kYHAz9

WHAT A SKATE FOR ISABELLE WEIDEMANN

The Canadian puts down a time of 6:48.18 in the 5000m and is guaranteed her second Olympic medal of #Beijing2022 pic.twitter.com/WVt3kYHAz9