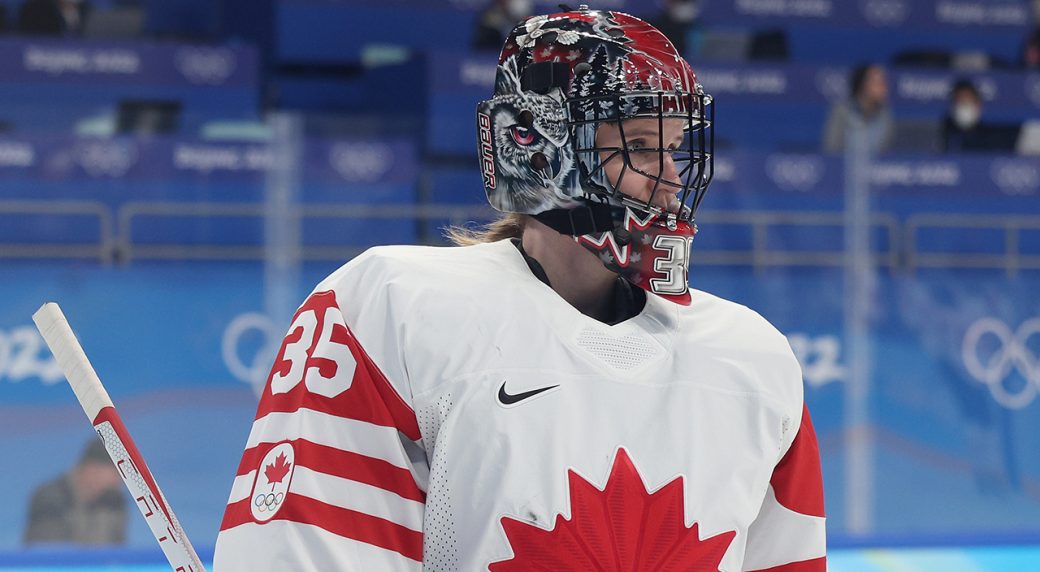 The Canadian women’s hockey team has won the latest edition of one of the top rivalries in winter sports thanks in large part to a tremendous goaltending performance.

GAME OVER! Perfect through prelims and a win over …no better feeling than that!
https://t.co/9B7BkBMnfi
https://t.co/NccisnlGBZ#TeamCanada , #beijing2022 , @SportChek pic.twitter.com/MiAqwbkNVR

Ann-Renee Desbiens made 51 saves as Canada (4-0) beat the United States 4-2 in first-round action on Tuesday at the Beijing Olympics.

The Americans (3-1) had a 53-27 edge in shots, but gave up three consecutive goals to close the second period — putting the Canadians in front 4-2.

Both teams advance to the quarterfinals later this week. They’re heavily favored to meet again in the gold-medal game on Feb. 16 at 11:10 pm ET.

The Americans beat the Canadians in a shootout to win Olympic gold in 2018 in Pyeongchang. That ended Canada’s four-Olympic run as champs.

Canada beat the Americans in overtime in the world championship final last year in Calgary and then won four of six pre-Olympic games against its North American foe.

On Tuesday, Canada withstood an early barrage by the Americans, who outshot the Canadians 16-5 in the first period but trailed 1-0 on the scoreboard.

Jenner tied it at 2-2 just 26 seconds after Alex Carpenter put the Americans in front midway through the second.

Rattray and Poulin, with her first goal of the tournament, followed with goals before the second period came to a close.

Canada is now 6-3 all-time against the Americans at the Olympics.

Meanwhile, another Russian player has tested positive for COVID-19 after playing against Canada on Monday.

The forward played against Canada in a game Monday which was delayed because of virus concerns on both teams before the Russians and Canadians agreed to start the game in masks. The Canadians kept their masks on and won 6-1.

The Russians removed theirs at the start of the third period.

Bobariko says the team found out about the positive test after arriving back at the Olympic village following the game.

Russia has eight players unavailable in Beijing because of the virus and another player was left in Moscow after a positive test. Bobariko says “I don’t know how it’s happening.”

— With files from The Associated Press