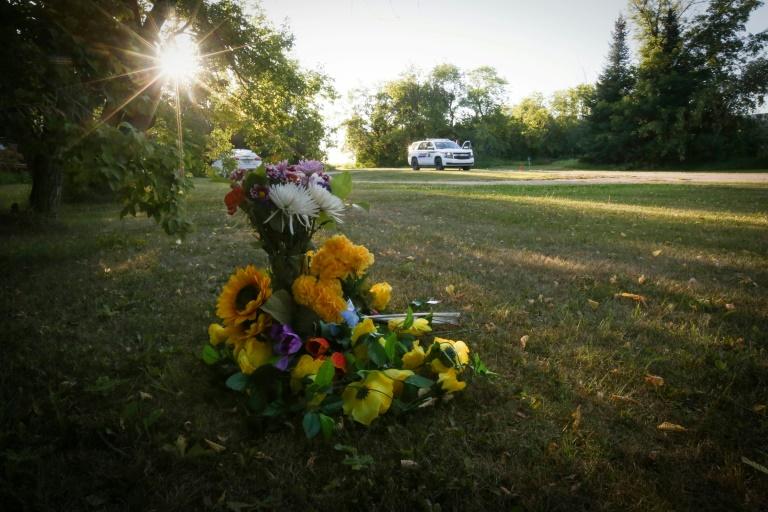 Canadian police on Wednesday widened their search for the second suspect in a wave of deadly stabbings across the country’s west, as an indigenous community battered by tragedy mourned their dead.

The James Smith Cree Nation indigenous community and the city of Weldon were attacked on Sunday, the motive of which is still unknown, in which 10 people were killed and 18 were injured.

The search for two brothers allegedly responsible for one of the worst incidents of mass violence in Canada has prompted police to move from this indigenous reservation in the province of Saskatchewan to its capital, Regina, 300 kilometers to the south and back.

The body of one of the brothers, 31-year-old Damien Sanderson, was found on Monday at a farm in the Cree community. Officials said most likely killed by his fugitive brother, 32-year-old Miles Sanderson.

On Tuesday night, reports of a possible sighting of Sanderson prompted a large police deployment, but officials later said he was not on the Indian reservation and searches were underway.

“Since his whereabouts are unknown, we urge the public to take appropriate precautions,” the Royal Canadian Mounted Police said in an alert.

Regina Police Chief Evan Bray said in a video message that a “credible” tip had led him to believe Miles Sanderson might be hiding in Regina.

But as of Tuesday, new data indicated otherwise, and investigations continued. “We are looking not only in the city of Regina, but across the province,” Bray said.

The Saskatchewan Coroners Service released the names of the dead: six men and four women, aged 23 to 78. All except one were members of the Cree community. The other was a widower who lived in Weldon with his grandson.

Canada’s federal police said 17 adults and a teenager were among those injured in the attack.

Many of the dead were already identified by family and friends on social media. They included a war veteran, an addiction specialist and a mother of two who worked as a security guard at a local casino.

Michael Brett Burns said on Facebook that he had lost several family members in the massacre, adding that “there were bodies everywhere”, “some dead and many others with severe wounds and bleeding”.

“It was a war zone. The look of his eyes could not express the pain and suffering of those who were attacked,” he said.

Dylan Burns said in another post that his mother, Gloria, had died “protecting a young man from being attacked”, adding that “he didn’t (even) for any of us. that) would have done the same to the man who had taken his life”.

Her brother Ivor Burns told local broadcasters that Gloria was found “lying on her front porch” with two other people.

“They were massacred,” he insisted.

Authorities believe some victims were targeted by suspects and others were randomly targeted.

According to Saskatchewan health officials, ten people are hospitalized after the tragedy, with three in critical condition. The other seven were discharged.