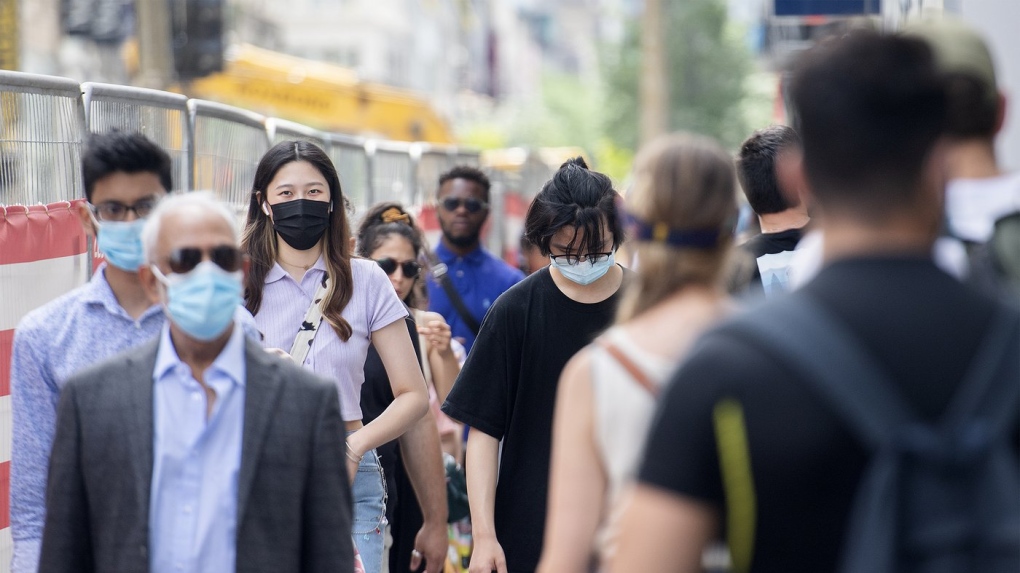 A new survey shows that more Canadians are becoming divided, with some saying issues prompting them to reduce contact with friends or family.

The national phone survey was conducted between March 7 and March 24 by the Canadian Hub for Applied and Social Research at the University of Saskatchewan. It asked 1,011 people about the issues that divide them the most.

Nearly three out of every four respondents said they believe society has become more polarised.

The majority said the COVID-19 pandemic (72 percent) and the 2021 federal election (73 percent) were the two most divisive issues in the past year.

Nearly 40 percent of those surveyed said they have lost contact with friends or family over an argument about the pandemic or politics.

“There has been a lot of rhetoric in the last two years since the start of the pandemic, and a lot of rhetoric has really served to divide people – is that division really real or is it just assumed,” said research director Jason Disano said. The Canadian Press in a phone interview from Saskatoon.

Disano said the respondents’ answers appeared to be influenced by their political leanings.

For example, in the Prairie provinces, respondents answered in ways that align with conservative policies, Disano said.

The survey suggested that people on the Prairies were more likely than any other region to believe that the issues of fighting climate change and banning assault weapons were dividing Canadians. In central Canada, however, respondents did not think the arms embargo was a divisive topic.

“We see a lot of identity politics in Canada that is taking hold in the US, especially in the last five to six years,” Disano said. “And we’re seeing that kind of carryover in Canada. And that’s a problem.”

Respondents in Quebec were more likely than other regions to believe that society had become less polarized. Disano attributed that result to more liberal or liberal views.

Quebec residents who took part in the survey also said they were less likely to have had contact with a friend or family member because of their differing views, compared to people in western Canada, including British Columbia.

“We see these regional differences, which are largely informed by the political leanings of the residents of those different regions,” Disano said.

“Unfortunately, what we are seeing are politicians using that division for political gains when those leaders should be trying to unite us and not divide us.”

When it comes to uniting Canadians, respondents said the provision of international aid (55 percent) and increasing ethnic diversity (53 percent) were issues that brought them together.

The survey was reliable within plus or minus three percent, with a 95 percent confidence level.


This report by The Canadian Press was first published on April 4, 2022.

Wicker: Insults, injuries push the Dodgers towards the end of a very thin rope in the NLCS

Stocks are down on new COVID variant. Dow loses 905 points

Germany’s new government: what the world can expect in the post-Merkel era