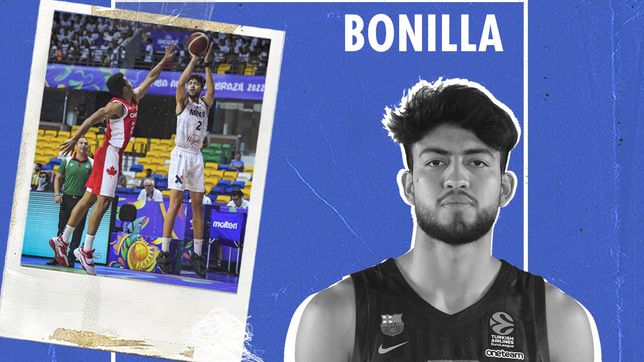 made his debut with Gael Bonilla captain of mexico city 121-115 in ‘Chilango’ team’s win over G League Ignite in a duel held in Dollar Lending Center in Las Vegas, Nevada. The capital team’s most recent signing, the Mexican national team, played 19 minutes off the bench, enough time to drop 7 points and 5 rebounds on the court, shooting 3/4 from the field and 1/1 from triples. Alphonso McKennie, power forward for the Captaincy, was the game’s top scorer with 28 points in 32 minutes of action.

A 2⃣8⃣-point performance off the bench by Alphonso McKinney and double-doubles from Gary Clark, Kenneth Faried and Mason Jones were more than enough for the team. @CapitanesCDMX To get a win!

Ramon Diaz’s quintet dominated the game until the fourth period. Mexico had a 29-point advantage, which disappeared in the final period of the match. From a 40–30 run in the third quarter, capped with two nice baskets by Bonilla in cuts to the hoop, the Capitanes fell victim to the final minutes of the duel. Ignite took the final set 18-37 with only two long rights trailing. Contributions from Caio Pacheco (20+4+3) and Gary Clarke (21+11+1) were essential for the Capitanes’ victory.

Bonilla signed on Saturday, 7 January, after parting ways with Barcelona with the Capitan, a club for which he is a youth player and to which he arrived in 2018 aged just 15. In fact, the shooting guard was present to enjoy the January 6 duel at the Arena Ciudad de México in which the Capitanes won in overtime against the Oklahoma City Blue, raising doubts about his arrival in the discipline of Ramón Díaz. Bonilla made his debut in the Catalan first team in March 2022 in a Euroleague duel against Fenerbahçe. Furthermore, he is a permanent member of the Mexican national basketball team, which he has represented since December 2021. He is considered the greatest current talent in national basketball.

The Capitanes have started the 2022-2023 NBA G League regular season on the right foot: After his ‘W’ in Las Vegas, he improved his record to 5–1 to finish sixth in the development league’s general classification, above 23 other contenders. In their next appointment, the Capitanes complete a visiting series on the Ignite (January 10, 9:00 p.m. local time), before returning to the CDMX Arena to face the Austin Spurs (January 13, 8:00 p.m. local time) Will happen.